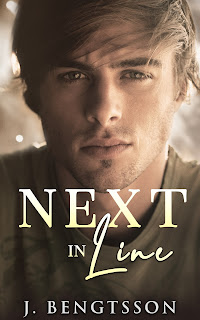 Note: An advanced reader copy (ARC) was provided by the author via Grey's Promotions.
J. Bengtsson returns with the newest novel in her beloved Cake series, and this time around, the spotlight shines on Quinn McKallister, the youngest among the McKallister brood. The moment Quinn's brother Jake was abducted, everyone in their family's lives changed forever. Quinn was only six years back then, but that nightmare of an experience his family had to endure pushed him to the sidelines. Now, Jake sits atop the music industry, a star and an artist that countless people look up to, respect, and cannot seem to get enough of. There was a time that Quinn dreamed of being just like his older brother. Not anymore. He's set his sights much higher. He wants to knock his big brother of his perch. Jake's had his time and everyone's attention. Now, it's Quinn's turn to shine. But that's easier said than done, and when he needs an escape, he finds it through a getaway, cough rideshare cough, car driven by Jesse Bello--the girl who changes his life after just one day together. He wants more, but can he have that if she's keeping secrets?
I think it's important to point out that while this new book may be read as a standalone, it does contain details and information that may prove to be spoilery when it comes to the earlier novels in the Cake series. That being said, Quinn's story is one that many fans of the series have been looking forward to getting their hands on. I think that he was paired quite nicely with someone like Jess. Theirs was an insta-love type of romance, but that doesn't mean that after their first meeting, they ride off--or maybe drive off--to the sunset. She basically ghosts him afterwards, and that's where I appreciated J. Bengtsson's efforts to make this more than the typical insta-love romance. After all, the best things in life are worth chasing after and fighting for. These two didn't exactly have it easy as far as their pasts are concerned, plus there's one heck of a big thing that Jess keeps from Quinn. This book held my attention from start to finish, and it was one that was about family, love, and stepping out of the shadows. Four stars for Next in Line! I can't wait for the next book.
Release Date: 01 June 2021
Date Read: 30 May 2021
Learn more about J. Bengtsson.
Purchase Next in Line on Amazon.