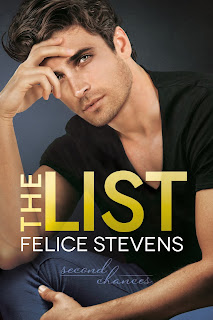 The List
(Second Chances #1)
by Felice Stevens
Release Date: June 16, 2021
About The List
Oops. He did it again.
Elliot Hansen has a terrible habit of falling in love with every man he dates.
His friends have had enough and make a list of Elliot’s perfect man.
That V…
Those abs....
Shouldn’t a boyfriend be more than the sum of his parts?
But when sexy detective Winston Rogers bursts into his bedroom to arrest a burglar, Elliot knows he wouldn’t mind checking one or two things off that list with him.
What if you had it all?
Five years after the death of his husband, Winston Rogers is single and determined to stay that way.
He throws himself into his job—the more dangerous the assignment, the better.
He can’t face another risk to his heart.
But then a routine arrest in his neighbor’s bedroom leaves Win searching for more than evidence as the man’s sweet smile and vulnerable eyes strike a chord inside him Win had thought gone forever.
Why not enjoy each other with no strings attached? Win and Elliot decide to make their own list.
Rule #1: Strictly friends with benefits.
Rule #2: No doing anything stupid like falling in love.
Rule #3: ...
See Elliot and Win ignore Rules #1 and #2. 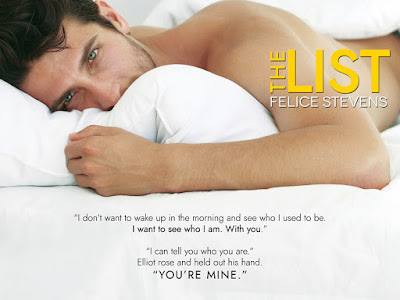 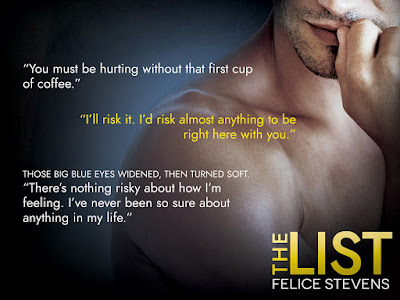