Review: Just What I Needed by Kylie Scott (Stage Dive #4.9) 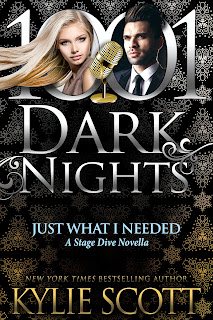 Note: An advance reader copy (ARC) was provided by 1001 Dark Nights Press.
Just What I Needed is the newest novella in the Stage Dive series from Kylie Scott and published by 1001 Dark Nights Press. With the four members of the band having found their own happily-ever-afters, these novellas are about their friends or employees who work for or with them, with the Stage Dive guys and their wives making cameo appearances. This new story is about Jude (whose last name isn't mentioned, I think, but if it is, please let me know!), who is the live-in nanny to David and Evelyn Ferris's son, Jameson, although she used to be their housekeeper as well prior to their move into their bigger home. Jude resides in the guest house, but now, she has to share the space with Dean Jennings, a record producer who'll be working with the band. He's hot and Jude's drawn to him, but Dean has history with one of the wives--Lena, who happens to be married to Jimmy Ferris, who Jude's had a crush on forever. What's a girl like Jude to do?
This was a cute read, one that had somewhat of an insta-love feel to it. We've got some meddlesome but well-meaning matchmakers, aka most of the Stage Dive wives and a couple of the actual members of the band, trying to play Cupid with Jude and Dean. The tiny bit of complication has to do with Dean dating Lena prior to Lena and Jimmy getting together, but other than that, Jude and Dean are pretty much smitten with each other throughout the entire book, albeit there was a certain point in the story where he did something that I raised my eyebrow at and his excuse for it didn't impress me much, but hey, Jude (now I've got the song in my head) is the only one he should be concerned about, I guess. Overall, Just What I Needed was sweet and short and having the Stage Dive peeps make their presence felt was a bonus as always. I'm handing this novella four stars.
-------------------------
Read my reviews for the Stage Dive series: 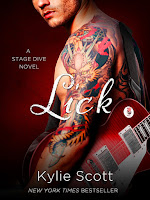 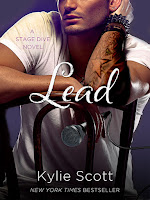 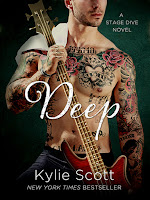