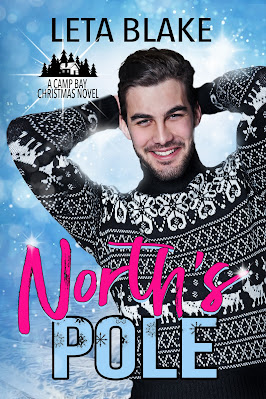 North's Pole
(Camp Bay #1)
by Leta Blake
Date Released: November 2, 2022
About North's Pole
North’s Christmas is ruined when a d*ck pic intended for his hook-up goes viral. Can his ex-bodyguard convince him he has nothing to be ashamed about?
Located on the shores of Lake Pend Oreille in beautiful Northern Idaho, Camp Bay Chalet is a discrete and cozy B&B, popular with both locals and minor celebrities for its fabulous holiday weekends.
The pic seen around the world…
The son of Hollywood royalty, North Astor-Ford has lived his entire life in the public’s eye. He knows better than anyone that someone is always watching.
So when one not-so-innocent picture accidentally ends up crossposted across all his social media, North is left humiliated and scared. With no one to turn to he flees to Camp Bay Chalet to be close to the man he used to count on to protect him from the world.
Liam’s life has been in a holding pattern since the moment North fired him three years ago, even if it was for the best. A romance between a bodyguard and his client would’ve caused exactly the sort of scandal Liam was hired to prevent.
Now that North is back in his orbit, Liam’s going to do what he does best, protect North from the world. And maybe, just maybe, the charm of a Camp Bay Chalet Christmas will be enough to heal North and bring about the romance they’ve both always wanted.
North’s Pole takes place in the Camp Bay shared universe, but can be read as a stand-alone. Look for more of the Camp Bay universe in Stolen Christmas by Marie Sexton. 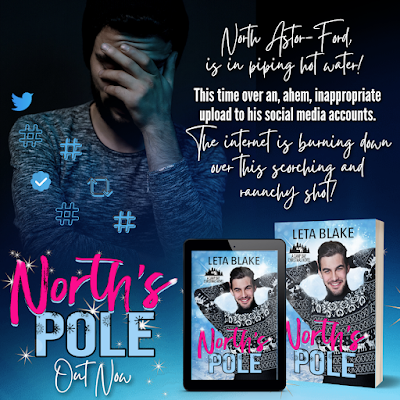 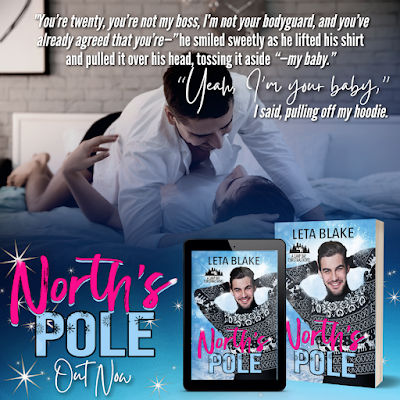 An Excerpt from North's Pole
December 21
It wasn’t like I’d wanted to show the entire fucking world my “engorged cock,” as the angry mob on Twitter kept calling it. I hadn’t meant for anyone to see it except for HungryTop34, and I’d only shown him because we’d sexted a few times before, and this time he’d begged to see “the whole package.”
Maybe it wasn’t smart of me (you think?), but I’d sent a picture of my “package.” A great shot of it, too. It took twenty minutes just to get the right angle. For his eyes only!
Or so I’d thought.
Because somehow? What I actually did? Was share the photo to my Instagram story, which automatically cross-posted to my Twitter, Facebook, and Snapchat. How had I made such an idiotic mistake? Had I really been that horny and excited I’d gotten confused between the chat on my hookup app and my Insta story?
All signs pointed to yes.
There I was, leaning back in bed, hand around my dick, waiting to hear what HungryTop34 thought of my “package,” when my phone began pinging wildly with messages from every social media app I had and with incoming texts from everyone I knew.
Blinking at comments like, “Ew, bro wtf,” I sat in stunned confusion until someone commented, “That’s your dick?!?”
That was when I’d felt it. Just the way everyone described.
My blood turned cold, and my stomach dropped with a horrifying swoop. Vomit surged up my throat, and I feared I was about to heave all over my bed. Luckily, I made it to the bathroom first.
Once I stopped puking and got my brain together enough to figure out I should do something about my massive, enormous, horrible error, my hands were shaking so badly I couldn’t get the pictures deleted fast enough. I tried. I really did try.
But it was far too late.
Afterward, my mind went blank, like someone had painted it over with that bumpy ceiling spackle they have in old buildings, or maybe it was more like a snowstorm. Just raging, howling, whiteness. Along with an urgent need to escape—to hide. 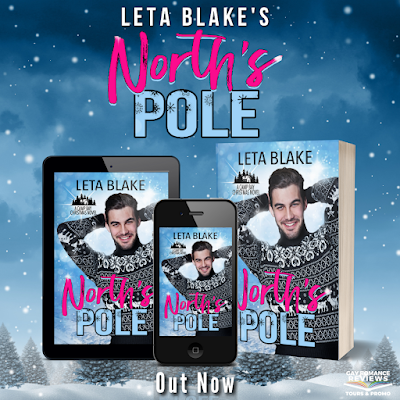 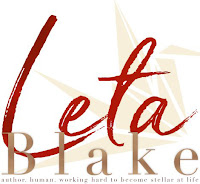 Author of the bestselling book Smoky Mountain Dreams and the fan favorite Training Season, Leta Blake's educational and professional background is in psychology and finance, respectively. However, her passion has always been for writing. She enjoys crafting romance stories and exploring the psyches of made up people. At home in the Southern U.S., Leta works hard at achieving balance between her day job, her writing, and her family.
If you'd like to be among the first to know about new releases, you can sign up for Leta's newsletter.
Bonus material for the Heat of Love series, Will & Patrick Wake Up Married series, Training Season series, Smoky Mountain Dreams, Mr. Frosty Pants, The River Leith, and more is available on Leta Blake's Patreon account.
Connect with Leta
Website | Facebook | Twitter | Patreon | Goodreads | Newsletter 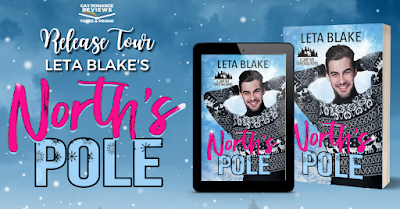