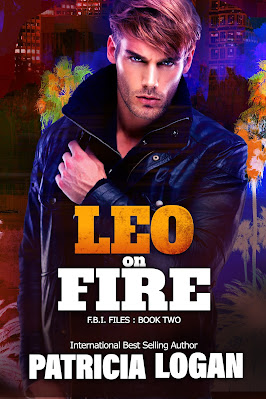 Leo on Fire
(FBI Files #2)
by Patricia Logan
Release Date: November 25, 2022
About Leo on Fire
Some days, fighting crime just doesn’t pay.
FBI Profiler, Leo Reeves, has settled into his new job and his new life in Los Angeles. Working with Max Prince every day in the office is fulfilling but not as satisfying as burning up the sheets with him every night at home. Their first case together as partners resulted in the bad guys either behind bars or six feet under, but neither man thinks they’ve put an end to the murderous ring. As time goes on, and they interview the ones they did manage to arrest, the agents realize a much larger organization is at work.
Could a criminal mastermind be controlling multiple cells of murderers?
When one of their team is gunned down in a senseless mass shooting, Leo and Max are fueled by a new motive…rage. As more of the corpses from their first case are identified, new information about the kidnapping ring begins to emerge. When they realize copycats are mirroring the work of famous serial killers, things go from bad to worse. For Leo, working as a profiler has always been his passion but he begins to rethink everything when one copycat starts skinning his victims.
When they connect the gunman to a notorious criminal biker gang, things get even uglier.
On top of everything else, Max’s past comes back to bite him when his sweet pooch is threatened by a stalker. And if they haven’t led a life filled with complications until now, Leo and Max learn an old nemesis of Snow and McCallahan is connected to the case. From the Metropolitan Detention Center in downtown L.A. to the scorching deserts around Victorville, criminals seem to be coming out of the woodwork to mess with them both. 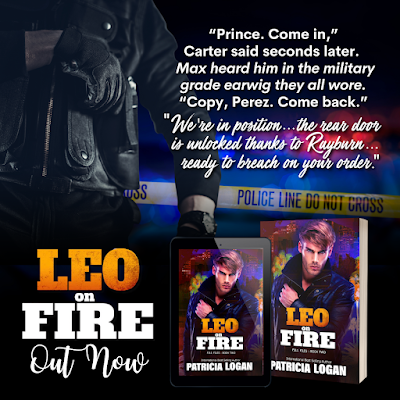 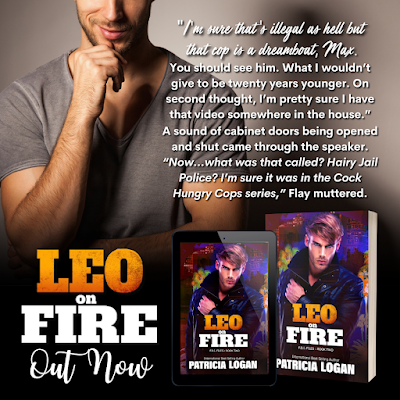 An Excerpt from Prince of L.A.
“There’s something Noah didn’t tell you about all these victims,” Snow said. Everyone quieted and turned toward their boss. “There’s another thing that ties all five of them together. The coroner believes that being shot in the back of the head was a final act and in the case of some of these victims, the cause of death.”
“What else would have caused it?” Beth asked.
Snow blew out a long breath. “It seems these five victims were a mirror of other serial killers’ crimes.” He turned and looked directly at Leo. “I’m sorry. One of these victims was skinned.”
Leo felt all the blood drain out of his face at once. His stomach heaved, and he began to hear a whooshing sound in his ears. He sucked in a long, slow breath, doing his best not to concentrate on the way his head was suddenly spinning. Someone squeezed his thigh, and he looked down at the big male hand and then up at Max. He sat beside him looking so pained, he’d only seen that expression once before, when his partner had seen the little boy about to be murdered by Svetlana right in front of them.
“Breathe, Leo,” Max whispered.
“What’s going on?” Perez asked.
Leo tore his gaze away from Max and looked over at his big friend. He was staring at him and then shifted his gaze to Max when he got no response. Next, he turned to look at Lincoln.
“What’s going on, Lincoln?” Perez asked again.
When his gaze connected with his boss, Leo gave a small nod.
“All of these victims were copycat crimes of a serial killer from the past. In one case, two lovers were parked in their car on a street at night and were shot through the glass. Those wounds were inflicted with a .44 caliber. Particular attention was paid to the female victim as she was shot multiple times. 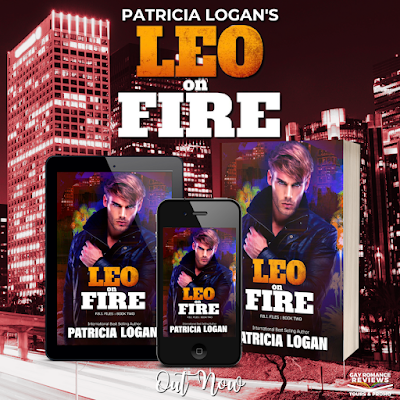 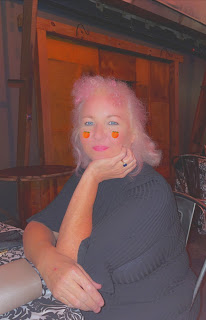 International bestselling author Patricia Logan resides in Los Angeles, California. The author of several #1 bestselling romances in English, Italian, French, and Spanish lives in a small house with a large family.
When she’s not writing her next thriller or paranormal romance, she’s watching her grandchildren grow up way too soon, and raising kids who make her proud every day. One of her favorite tasks is coaxing nose kisses from cats who insist on flopping on her keyboard while she types.
Married to a wonderful man for 36 years, she counts herself lucky to be surrounded by people who love her and give her stories to tell every day.
Connect with Patricia
Website | Facebook | Twitter | Instagram | Goodreads | Amazon | Audible | eMail 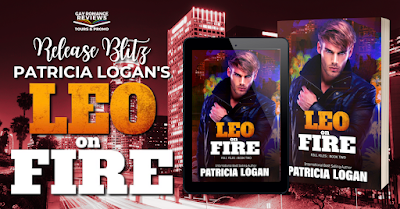