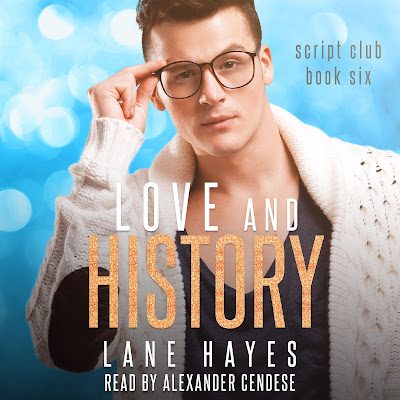 Love and History
(Script Club #6)
by Lane Hayes
narrated by Alexander Cendese
Date Released: November 7, 2022
About Love and History
The sporty roommate, the professor, and a history lesson…
Holden
Ezra might be the most annoying roommate ever. He’s loud, obnoxious, and full of himself. So what if he’s a tall, muscular, tattooed jock? His tendency to strip to his boxers in the kitchen while helping himself to my food isn’t endearing in the slightest. Nope. Ezra has to go.
However, I have to admit, he’s the perfect fit to play the king for my historic reenactment event. Ezra in a royal robe…oh, this could be quite tantalizing indeed.
He won’t do it, though.
Unless I trick him into a history lesson.
Ezra
Holden is the kind of dude who wears top hats and great coats while teaching astrophysics to brainiacs. Weird, right? But I gotta respect that level of commitment. And I respect him.
Sadly, Holden doesn’t feel the same way about me.
I guess I can’t blame him. Cranking his gears has been a highlight of my stint in geek land. I’ve never seen anyone get riled about yogurt like him. He makes me laugh. And think. And he makes me want things I’d never thought possible.
So yeah, I’ll take that history lesson. If it leads to something more, I’m in.
Love and History is a Bi-awakening geek/jock romance featuring a messy law student, a picky professor, and a lesson neither will forget! 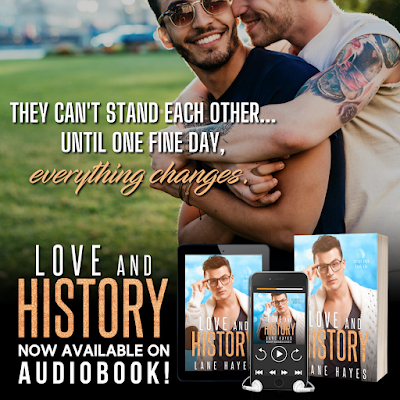 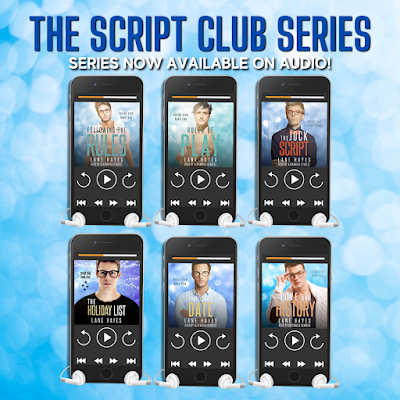 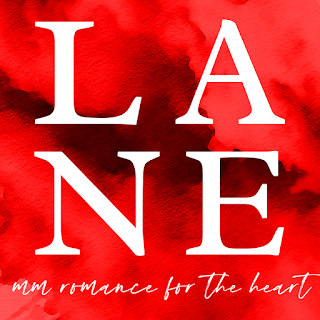 Lane Hayes loves a good romance. An avid reader from an early age, she has always been drawn to a well-told love story with beautifully written characters. Her debut novel was a 2013 Rainbow Award finalist and subsequent books have received Honorable Mentions and were winners in the 2016, 2017, 2018-2019, and 2020-2021 Rainbow Awards.
Lane lives in Southern California with her amazing husband in a newly empty nest. She loves travel, chocolate, and wine (in no particular order).
Connect with Lane
Website | Facebook | Facebook Group | Twitter | Instagram | Goodreads | BookBub | Amazon | Audible | Newsletter 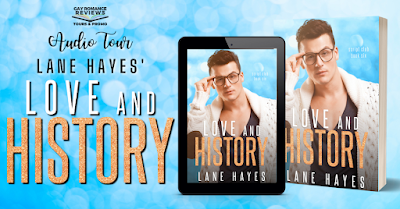