Release Blitz: Under the Radar by Lilian Francis

Under the Radar
by Lillian Francis
Date Released: April 16, 2019

About Under the Radar
It’s 1942 and after a sexual indiscretion, US Navy pilot Zachary MacKenzie is sent to serve in the Royal Navy’s submarine service—a shockingly harsh punishment for a man who loves to fly. The submarine is oppressive and frustrating for him, and he’s marked out from his peers, publicly by being American, and privately by his attraction to men.

The only bright spot is the company of his steward, sonar operator Gethin Llewelyn. Despite the differences of rank and background, they’re drawn to each other. Gethin’s integrity complements Zach’s casual joie de vivre, and soon the friendship develops into something much more.

As the threats of war increase, the submarine is plagued by potentially hostile vessels, and circumstances lead them to suspect there’s a spy amongst their own crew. Being forced even closer together as they work for the greater good reveals a new awareness, and Zach doesn’t know what is in more danger, the vessel under his charge or his heart.

Add Under the Radar on Goodreads. 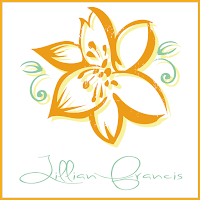 Lillian Francis is a self-confessed geek who likes nothing more than settling down with a comic or a good book, except maybe writing. Given a notepad, pen, her Kindle, and an infinite supply of chocolate Hob Nobs and she can lose herself for weeks. Romance was never her reading matter of choice, so it came as a great surprise to all concerned, including herself, to discover a romance was exactly what she’d written, and not the rollicking spy adventure or cosy murder mystery she always assumed she’d write.