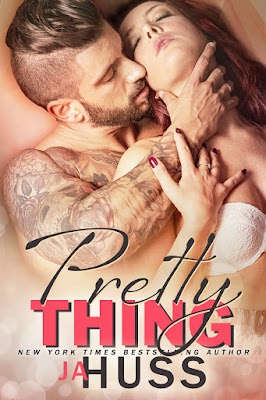 About Pretty Thing
My best friend made damn sure I knew the rules. His sister was strictly off limits.
UNTIL NOW.

Kali
Growing up it was always the three of us. Me, my twin brother, Kyle, and our best friend, Aiden. We were inseparable all the way through high school.

Did I picture myself with Aiden from the first moment I laid eyes on him back when we were eight? Hell. Yes. I fell in love with his soul that day. But he was always more Kyle’s friend than mine. And Kyle made damn sure we both know the rules.

I was strictly off limits. Forever.

But now Kyle is gone. Dead from a freak accident. And Aiden is still here. Looking hot as hell in his grown-up body. Looking sexy AF with those tattoos all over his muscular chest. Sad and in need of comfort. Just like me.

Aiden
Every time Kyle caught me lusting after his twin sister, Kali, he reminded me of the rule. “You were my friend first.”

If you want to get technical about it, I was Kali’s friend first, not Kyle’s. But that’s not how he saw it. One rule. That’s all we had between us. Just one. Stay away from my sister.

All these years I’ve honored that. I never broke his trust. Until now.  Because he’s dead. He left us. And being with Kali is the only thing that makes the pain go away.

I want Kali. I want to marry her, and have kids with her, and keep her in my bed forever.

But I want Kyle’s blessing too. And that’s something I’ll never get. 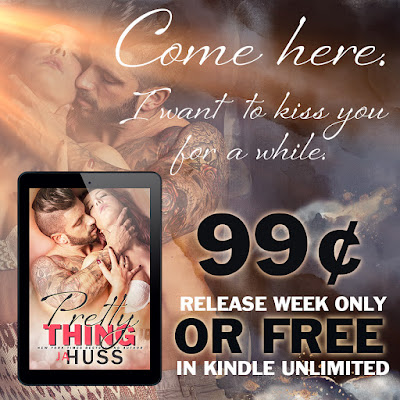 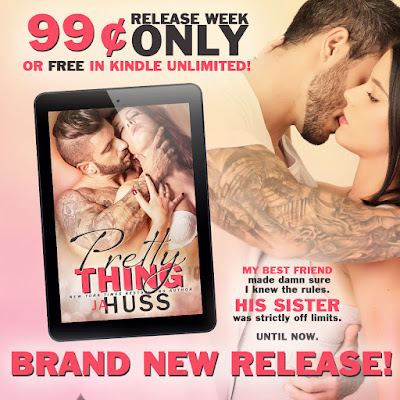 An Excerpt from Pretty Thing
Kali sighs a little. Her shoulders slump and her head lowers with them. “I’m not using you,” she says.

“I’ve always liked you. And if you’d like to talk about that someday, we can. But…” She looks at me. Places her hands on the sides of my face. Blinks twice. “Not tonight, OK? Can we just not think too hard about it?”

It, meaning the sex. Or maybe the funeral. I’m not sure.

She smiles into the kiss that comes next. It’s a nice kiss. A slow kiss. One where our mouths fit together perfectly, and move just the right way, and there’s nothing awkward or distracting about it. It’s just nice.

After a little bit of that I find myself thinking too hard again.

Maybe slow and careful is a bad thing? Maybe what we really need tonight is something hard, and angry, and quick?

She reaches down between her legs and begins playing with herself again. Rubbing her pussy with the flat tips of her fingers as she stares into my eyes.

Yeah. Slow and careful is for another night.

Her other hand rests on my shoulder and a chill rises up my spine. 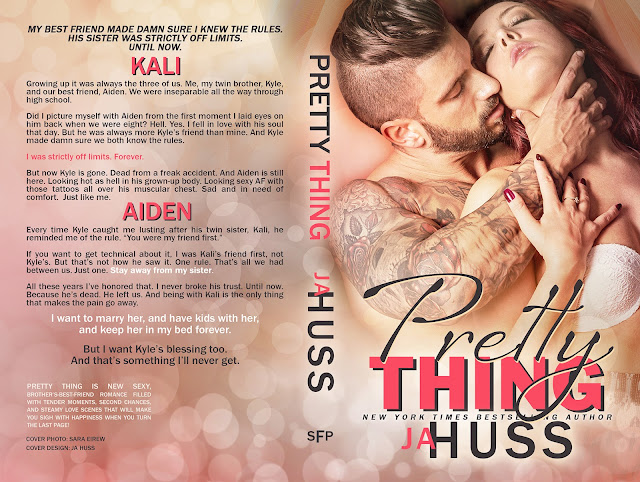 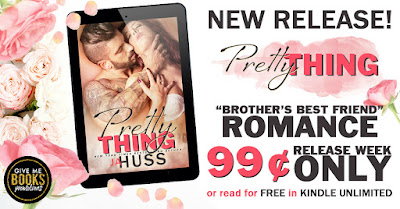