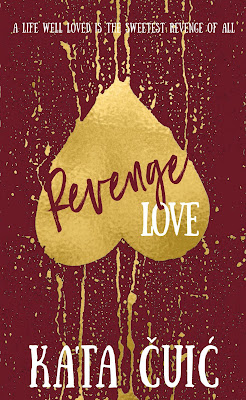 About Revenge Love
Revenge is sweet.

Emma Hastings has tried all her life to fit in. Throwing off her awkward high school years to become a member of a prestigious sorority at Wellbridge University, she has her sisters at her side, and the future spread out before her for the taking. Her senior year of college should be filled with parties, studying, and sweating between the sheets before she goes to medical school.

One night at a party changes everything. Dominoes collapse as quickly as they’re erected. Suddenly, everyone has something to gain and everything to lose.

Jason Gould will never fit in so he doesn’t even try. Content to stay on the periphery of society, he works hard, plans for his future, and keeps to himself. His senior year should be filled with early morning shifts, gym sessions to keep his pent-up anger under control, and readying himself to face the rest of his life alone.

One ray of sunshine refuses to let him fall into darkness. Emma refuses to leave his side no matter what is thrown at them.

When a woman who is dying to fit in joins forces with a man who never will, they just may find they fit together in ways neither could have ever imagined, and they’ll discover a life well-loved is the sweetest revenge of all. 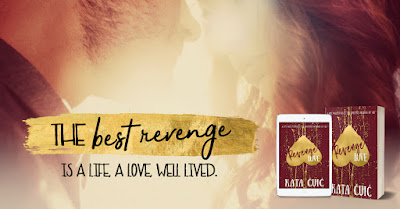 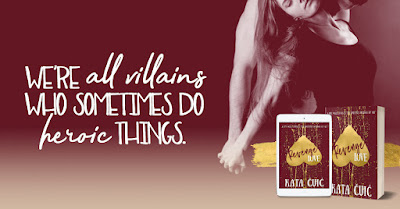 An Excerpt from Revenge Love
The crowd parts as a lone figure stalks out from one of the side rooms. A nondescript gray hoodie covers his face, but from the few gasps of those closest to the action, they know who he is. When he makes it to the center of the ring to stand by Kieran, Rosie and I use each other as leverage to perch on our toes for a better view.

Slowly, almost as if he both dreads and relishes this part, Jason lowers the hood, exposing his face to the crowd. Just as jeers break out, he continues to disrobe until he's wearing nothing but a pair of faded, ripped jeans.

Silence descends on the basement.

"Oh my God," Rosie breathes. "I don't even like dick, but my panties are absolutely drenched right now."

I can't get my lungs working enough to respond, but I concur. All his time in the gym has paid off in dividends. Every inch of Jason's torso is corded with thick muscle. He could give any of the football team, wrestling team, basketball team...hell, any team a run for their money. 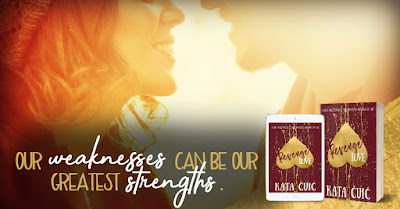 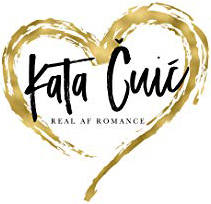 Kata Čuić lives in the suburbs of Pittsburgh with her husband and three children.

When she isn't in the writing cave, she's cheering on her favorite sports teams: the Pitt Panthers, Pittsburgh Steelers, Pittsburgh Penguins, and Pittsburgh Pirates. It's good to be a Steel City girl.