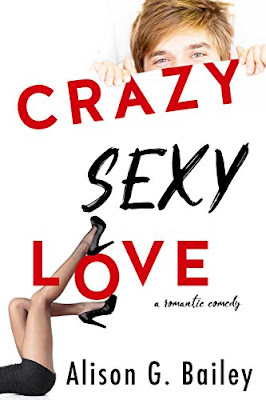 About Crazy Sexy Love
Doug and Sophie from the international bestselling book The Dance get to tell their own crazy, sexy, love story.

Sophie is an intelligent independent woman. After her parents’ divorce when she was a child, Sophie tossed the idea of “happily ever after” out the window. No personal attachments or commitments is the way she lives her life. After her best friend, Bryson reunited with her soulmate Hart, Sophie is forced to allow his friends into her world. Luckily, she is fond of her new circle of friends, except when it comes to one handsome, six foot, green eyed buffoon who won’t take no for an answer . . . Doug Truman.

Doug is everything women want in a man. He is a self-described hottie, very witty, and quite the charmer. He can’t imagine any woman not wanting his attention. And they do. The problem is, Doug has a very short attention span, except when it comes to one woman . . . Sophie Cipriano. At first all he wanted was one night, thinking it would be enough to shake his obsession. If only his best friend, Hart, hadn’t deemed Sophie off limits. Now Doug can’t get her off his mind or out of his system.

When they met, they were enemies. When their best friends got married, they were acquaintances. When they became roommates, they got to be friends. And when they were friends, neither realized what was happening until it was too late. 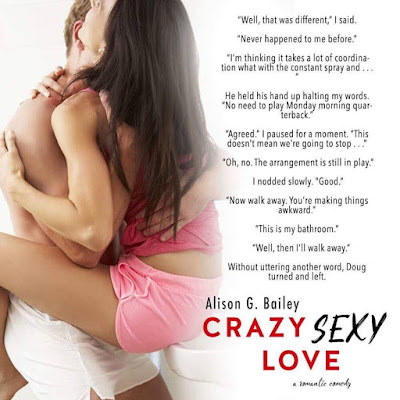 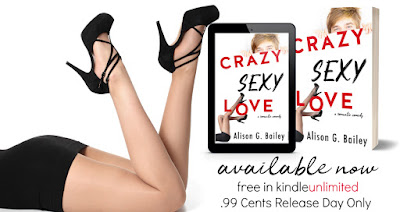 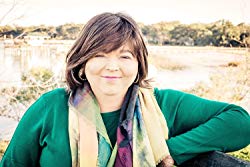 Alison G. Bailey is an award-winning, Amazon, and international bestselling author living in Charleston, South Carolina. At an early age she fell in love with writing, reworking scenes from her favorite TV shows and movies with new dialogue. Alison wrote and produced several stage plays before turning her sights on the book world.

Under the influence of a copious amount of Diet Pepsi and nonstop listening to her Spotify playlists, Alison writes unique emotional stories full of love, laughter, and romance.