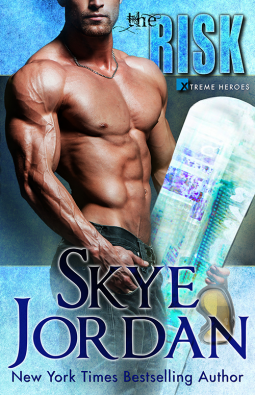 Note: This ARC was provided by Season Publishing via NetGalley in exchange for an honest review.

Julia Bailey's days of caring for injured professional athletes came to an abrupt end after she was sexually harassed by one of her clients. Since then, she's trying to make ends meet by caring for the elderly, and while she cares for the patients, she feels as if the passion she once had for her work is draining away from her. When she's offered the opportunity to take on an injured snowboarder, she's hesitant, knowing his reputation, but the money is more than tempting and this can get her back to doing what loves most.

Noah Hunt's days of high flying and risk taking on his snowboard have been on hold ever since he broke his ankle. After firing three physical therapists, he thinks he can rehabilitate himself since he's done it with his minor injuries in the past. But his agent and one particular sponsor want him to get the best possible care and it comes a no-nonsense, gorgeous package. Unfortunately, Noah doesn't take too kindly to being bossed around, even if it's being done by a beautiful physical therapist who actually knows her job.

Julia has certain rules that come with being a client's physical therapist, one of which just happens to be no sleeping with the client. And when she does spend the night in Noah's bed, he isn't technically her client, so no harm, no foul... Until it becomes clear that there's no way Noah will be able to be back in competition form by the time the Winter X Games roll around. Julia's the best at her job and Noah knows it, so they agree to work together, even if it means not being able to continue what they started in the bedroom.

As Noah and Julia spend the next six weeks together, their bond strengthens, garnering trust and respect in the process and becoming good friends. But Julia's been hiding a few secrets, secrets that could potentially change the way Noah sees her. When they decide to finally mix business with pleasure, will either of them be able to separate the professional from the personal when certain decisions have to be made or will the risks they've taken to be together be worth it or cost them what matters most in the end?

I'm a fan of Skye Jordan's Renegades series, so when the opportunity to read and review the first book in her new series, Xtreme Heroes, came about, I simply had to take it. The Risk had the elements that I loved about the other series but was still able to set itself apart in an absolutely good way. Noah and Julia were the kind of lead characters that you can't help but like and the chemistry between the two of them was there from start to finish. There was a touching and undeniable kind of intensity that these had going.

I've always enjoyed watching the X Games, whether Summer or Winter, so reading all about a professional snowboarder headed to the said competition and how he met and fell in love with his physical therapist was a blast. First novels in a series should be able to capture your interest while piquing your curiosity for what lies ahead in future books. The Risk was able to do both--providing an enjoyable reading experience and making me looking forward to book two. I'm giving this sports romance a well-deserved 4.5 stars. ♥

Pre-order a copy of The Risk on Amazon | Kobo.