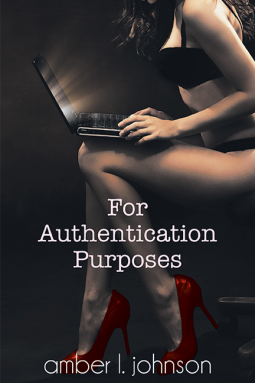 Note: This ARC was provided by The Writer's Coffee Shop Publishing House via NetGalley in exchange for an honest review.

If I had to pinpoint right when the dynamic of our agreement changed, it was right then. As he turned me toward him and pressed my chest to his. When he brushed my hair away from my face. The look in his eyes before he bent forward and pressed an honest to god kiss on my lips that made my entire body tense and relax before buzzing with excitement.

Dawn Sims and Warner Green have known each other since they were fourteen but aren't exactly what you would call "friends". He calls her "Bunny" because of the overbite she was sporting when he first sees her and she calls him "Wardo" because she's always thought of him as weird (and because she mispronounced "weirdo" the first time she gave him the nickname). Even when they get on each other's nerves, they're constantly aware of each other's presence.

Amid all the teasing and back and forth, Wardo has always had a thing for Dawn but he's never really done much about it (other than get on her nerves), and while Dawn isn't oblivious to On the night of their high school prom, Wardo ends up being Dawn's date. What could have been an opportunity for Wardo to confess to Dawn his feelings goes awry, no thanks to Wardo's nerves. Fate has other plans and their lives, especially Wardo's, go in different directions.

A few years later, Wardo and Dawn end up having class together in night school. He thinks that she's still the same girl from high school, the one who was too uptight and thought she was too good for him. She thinks he's still the same guy from high school, the one who went of his way to embarrass her and had no filter whatsoever. When Wardo reads the historical erotica that Dawn's written, he lets her know exactly what he thinks and offers his "services".

What follows are sessions wherein Wardo shows Dawn what true pleasure is all about, whether it involves Dawn on her own or Dawn with another person, specifically Wardo. He's surprised that his Bunny actually has a naughty side to her. Heck, she isn't just naughty; she's downright dirty. Dawn's surprised that Wardo is able to make her do things she never thought possible. As they spend more time together, the more the connection between them grows stronger.

Things between Wardo and Dawn appear to be heading in a direction Dawn never expected but one that Wardo used to hope for. But then Wardo's past catches up with him in a manner that makes it difficult for him to keep it secret for much longer. When Wardo confesses his darkest secret, will Dawn turn her back and leave him behind again and will Dawn finally realize that what's going between the two of them is so much more than for authentication purposes?

For Authentication Purposes is the second book by author Amber L. Johnson that I've had the honor to read and review and while I liked the first one (five stars!), I must admit that this one had me falling in love with all things WarNy...or maybe we should go with BunDo? How about WarDaw for those who aren't into the Wardo and Bunny nicknames? Well, whatever combination may be, I was absolutely smitten with these two and couldn't get enough of either of them.

This book never failed to surprise me and I totally mean that in a good way. I snickered and yes, I even snorted a time or two (or more) because I loved how the humor felt honest and real. Nothing was watered down or made to feel politically correct. In the middle of all the laughs, there are quite a number of sweet and tender moments that are able to highlight that this was always more than just some agreement between two people who were always meant to be.

Above all else, I adored For Authentication Purposes because, aside from the humor, it had heart. On the surface, this may look like an adult version of the boy who pulls the hair of the girl he likes but it's way more than that. It's about opening your eyes to the possibilities, recognizing that not all love stories are written the same way, and that even lessons learned during trying times can be worth passing on (right, Bunny?). This is a 2015 favorite and gets five-plus stars! ♥

Pre-order a copy of For Authentication Purposes on Amazon | B&N.