Book Spotlight: Before I Fall by Jessica Scott 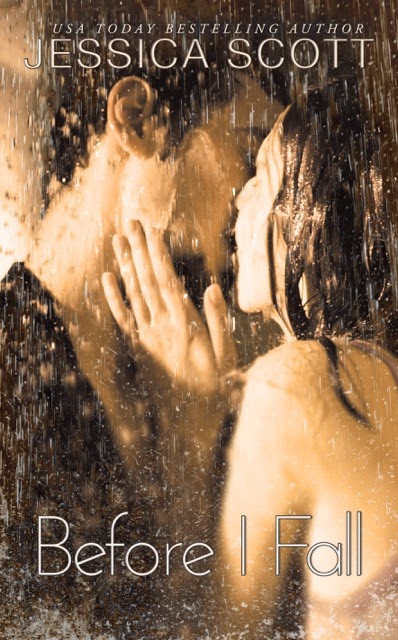 Before I Fall
by Jessica Scott
Release Date: March 3, 2015

About Before I Fall
Stay focused. Get a job. Save her father's life.

Beth Lamont knows far too much about the harsh realities of life her gilded classmates have only read about in class. She'll do whatever it takes to take care of her father, even if that means tutoring a guy like Noah - a guy who represents everything she hates about the war, soldiers and what the Army has done to her family.

Noah Warren doesn't know how to be a student. All he knows is war. But he's going to college now to fulfill a promise and he doesn't break his promises. Except he doesn't count on his tutor being drop dead gorgeous and distracting as hell. One look at Beth threatens to unravel the careful lies Noah has constructed around him.

Add Before I Fall on Goodreads. 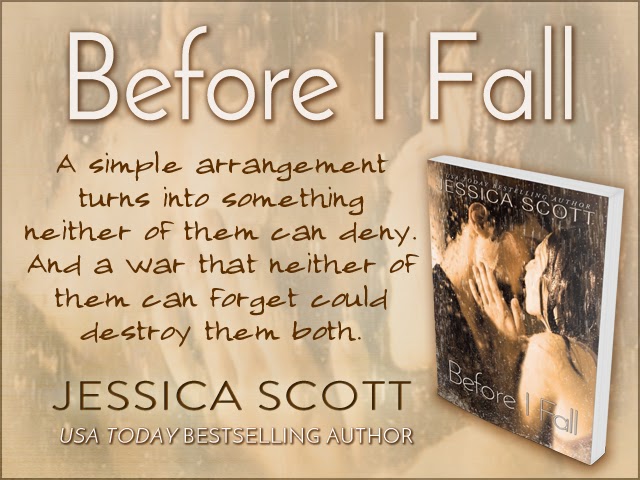 An Excerpt from Before I Fall
Noah


I hate being on campus. I feel old. Which isn't entirely logical because I'm only a few years older than most of the kids plugged in and tuned out around me. Part of me envies them. The casual nonchalance as they stroll from class to class, listening to music without a care in the world.

It feels surreal. Like a dream that I’m going to wake up from any minute now and find that I’m still in Iraq with LT and the guys. A few months ago, I was patrolling a shithole town in the middle of Iraq where we had no official boots on the ground and now I'm here. I feel like I've been ripped out of my normal.

Hell, I don't even know what to wear to class. This is not a problem I've had for the last few years.

I erred on the side of caution--khakis and a button-down polo. I hope I don't look like a fucking douchebag. LT would be proud of me. I think. But he's not here to tell me what to do, and I'm so far out of my fucking league it's not even funny.

I almost grin at the thought. LT is still looking after me. His parents are both academics, and it is because of him that I am even here. I told him there was no fucking way I was going to make it into the business school because math was basically a foreign language to me. He said tough shit and had helped me apply.

My phone vibrates in my pocket, distracting me from the fact that my happy ass is lost on campus. Kind of hard to navigate when the terrain is buildings and mopeds as opposed to burned-out city streets and destroyed mosques.

Apparently, LT was serious about making sure I didn't fail. Class hasn't even started yet, and here I am with my very own tutor. I’m paying for it out of pocket. There were limits to how much pride I could swallow.

Half the students around me looked like they'd turn sixteen shades of purple if I said the wrong thing. Like, look out, here’s the crazy-ass veteran, one bad day away from shooting the place up. The other half probably expect the former soldier to speak in broken English and be barely literate because we’re too poor and dumb to go to college. Douchebags. It’s bad enough that I wanted to put on my ruck and get the hell out of this place.

I stop myself. I need to get working on that whole cussing thing, too. Can’t be swearing like I’m back with the guys or calling my classmates names. Not if I wanted to fit in and not be the angry veteran stereotype.

I’m not sure about this. Not any of it. I never figured I was the college type--at least not this kind of college.

I tap out an e-mail to the tutor and ask when she's available to meet. The response comes back quickly. A surprise, really. I can’t tell you how many e-mails I sent trying to get my schedule fixed and nothing. Silence. Hell, the idea of actually responding to someone seems foreign. I had to physically go to the registrar’s office to get a simple question answered about a form. No one would answer a damn e-mail, and you could forget about a phone call. Sometimes, I think they'd be more comfortable with carrier pigeons. Or not having to interact at all. I can't imagine what my old platoon would do to this place.

Noon at The Grind.

Which is about as useful information as giving me directions in Arabic because I have no idea a) what The Grind is or b) where it might be.

I respond to her e-mail and tell her that, saving her contact information in my phone. If she’s going to be my tutor, who knows when I’ll need to get a hold of her in a complete panic.

Okay then. This ought to be interesting.

I head to my first class. Business Statistics. Great. Guess I’ll get my head wrapped around it before I meet the tutor. That should be fun.

I’m pretty sure that fun and statistics don’t belong in the same sentence but whatever. It’s a required course, so I guess that's where I’m going to be.

My hands start sweating the minute I step into the classroom. Hello, school anxiety. Fuck. I forgot how much I hate school. I snag a seat at the back of the room, the wall behind me so I can see the doors and windows. I hate the idea of someone coming in behind me. Call it PTSD or whatever, but I hate not being able to see who’s coming or going.

I reach into my backpack and pull out a small pill bottle. My anxiety is tripping at a double-time, and I'm going to have a goddamned heart attack at this rate.

I hate the pills more than I hate being in a classroom again, but there's not much I can do about it. Not if I want to do this right.

And LT would pretty much haunt me if I fuck this up.

I choke down the bitter pill and pull out my notebook as the rest of the class filters in.

I flip to the back of the notebook and start taking notes. Observations. Old habit from Iraq. Keeps me sane, I guess.

The females have some kind of religious objection to pants. Yoga pants might as well be full-on burqas. I've seen actual tights being worn as outer garments and no one bats an eye. It feels strange seeing so much flesh after being in Iraq where the only flesh you saw was burned and bloody...

Jesus. I scrub my hands over my face. Need to put that shit aside, a.s.a.p.

Professor Blake comes in, and I immediately turn my attention to the front of the classroom. She looks stern today, but that’s a front. She’s got to look mean in front of these young kids. She’s nothing like she was when we talked about enrollment before I started. She was one of the few people who did respond to e-mails at this place.

"Good morning. I'm Professor Blake, and this is my TA Beth Lamont. If you have problems or issues, go to her. She speaks for me and has my full faith and confidence. If you want to pass this class, pay attention because she knows this information inside and out."

I lose the rest of whatever Professor Blake has to say. Because Beth Lamont is like some kind of stats goddess. Add in that she's drop-dead smoking hot, but it's her eyes that grab hold of me. Piercing green, so bright that you can see them from across the room  She looks at me, and I can feel my entire body standing at the position of attention. It's been a long time since a woman made me stand up and take notice. And I'm supposed to focus on stats around her? I'll be lucky to remember how to write my name in crayons around her.

I am completely fucked. 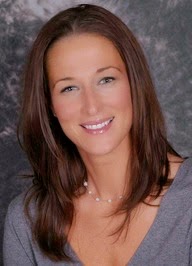 USA Today bestselling author Jessica Scott is a career army officer, mother of two daughters, three cats and three dogs, wife to a career NCO and wrangler of all things stuffed and fluffy. She is a terrible cook and even worse housekeeper, but she's a pretty good shot with her assigned weapon and someone liked some of the stuff she wrote. Somehow, her children are pretty well adjusted and her husband still loves her, despite burned water and a messy house.

She's also written for the New York Times's At War Blog, PBS's Point of View Regarding War, and IAVA. She deployed to Iraq in 2009 as part of OIF/New Dawn and has had the honor of serving as a company commander at Fort Hood, Texas twice.


She's pursuing a graduate degree in Sociology in her spare time and most recently, she's been featured as one of Esquire Magazine's Americans of the Year for 2012.