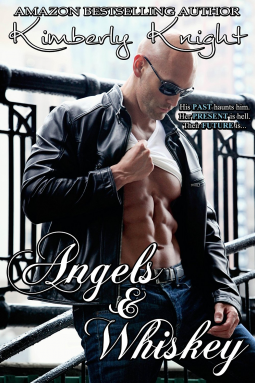 Note: This ARC was provided by The Hype PR via NetGalley in exchange for an honest review.

Gabriel "Gabe" Hastings loved and lost while he was a captain in the United States Army. Since he was discharged, his thoughts are still haunted by the only woman he's ever loved and deals with his loneliness by accepting a job as a male escort and with whiskey. His best friend's there to provide him with the support he needs but he's sworn off ever falling in love again until he crosses paths with an angel on earth.

Autumn Jones thought she had married her prince charming but he turned out to be an abusive toad she isn't able to leave for fear of her own life and that of her parents and her best friend. She lives by her husband's rules, knowing that if she breaks even one, she'll pay for it. She knows that if she wants to be free of him, she needs to come up with a plan but what she doesn't plan for is meeting her Mr. Green Eyes.

After Gabe discovers the abuse that Autumn has had to endure from her husband and soon after finds out who her husband is, he is more than determined to save her from the hell she's been living. But Gabe's keeping a secret from Autumn, one that he's sure will make her turn around and run from him. With so much on the line, will Gabe and Autumn be able to save one another from the darkness around them?

I'm not entirely sure how I feel about Angels & Whiskey, since it did have an interesting plot and two main characters that were living less than ideal lives. It definitely had some good moments, especially the ones that I weren't expecting to go on the direction that they did. Both Gabe and Autumn were credible characters and I liked how they were able to be the light they both desperately needed in each other's lives.

My main issue was with the antagonist and his reason for doing what he did because it just felt flimsy to me. The manner in which his presence was handled also seemed completely out of left field and then it fell flat. Like, okay, that's over and done with. I like books that surprise me but the stuff related to him seemed almost forced and too unbelievable. He was a jerk but I wanted a more credible reason for him being one.

All in all, Angels & Whiskey was a book that wavered somewhere between being "okay" and "good". I was going back and forth for a while. I appreciated the subject matter of spousal abuse, and yes, even though all he did "was" grab her every now and again, he was mentally and emotionally torturing her on a daily basis. I'm going to give this standalone novel (hooray for no evil cliffhangers!) three stars out of five. ♥

Pre-order a copy of Angels & Whiskey on Amazon | B&N | Kobo.