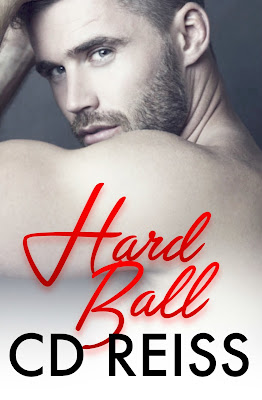 They call Dash Wallace the Diamond King.
He’s the hottest commodity in baseball and in the bedroom.
When he runs the bases, every woman’s eyes are glued to his stunning body and a smile that puts the night lights to shame.
I’m no queen. I’m a regular girl with a regular job. I just watch him on TV and from the bleachers, season after season.

Girls like me grab a guy like that one in a million times.
My number just came up, and he is as spectacular in bed as he is on the field.
But there’s not a woman in the world who can distract Dash Wallace from the game. Not for a moment. Not even me.
Until the night I do. And everything changes.

Note: HardBall is a SMOKING HOT, SEXY romance with a touch of angst and a ton of heart from CD Reiss. It's a fun, witty, full-length standalone meant for the over-eighteen crowd. 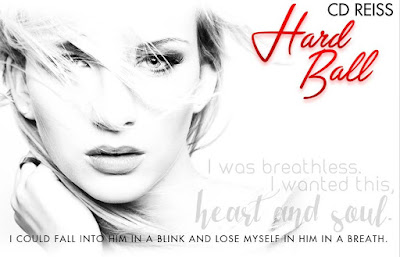 “Dash Wallace is a dirty talking, sexy professional baseball player who falls hard for the girl next door, but be-ware... your heart will take a beating as you watch him struggle with sticking to all he's ever known at the risk of losing the best thing that ever happened to him. HardBall is one of those books that will suck you in and won't let you go until you devour every last, juicy bite.”
— Sawyer Bennett, New York Times Bestselling Author

“Delightful, sexy, emotional, exciting, exhilarating. I loved every single second of it! A sports romance with a DASH of kink....it doesn't get any better than that!”
— Shayna Renee's Spicy Reads

“Unexpectedly emotional, beautifully written, and decadently naughty, CD Reiss once again owned me heart and soul. HardBall was an enthralling romance from start to finish!! And I never wanted it to end.”
— Angie and Jessica's Dreamy Reads 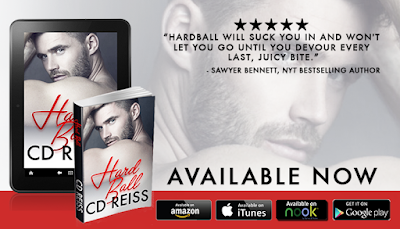 Read my 4.5-starred review of HardBall. 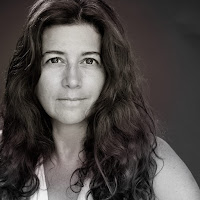 CD Reiss is a USA Today bestseller. She still has to chop wood and carry water, which was buried in the fine print. Her lawyer is working it out with God but in the meantime, if you call and she doesn't pick up she's at the well hauling buckets.