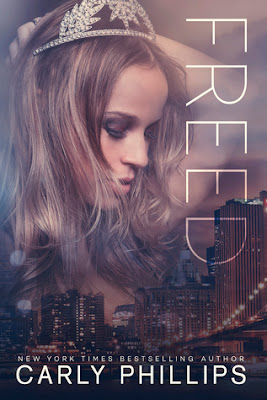 About Freed
Fall for the missing Ward sister…

Juliette Collins is privileged and isolated from the world by her over-protective father. She thinks she knows the truth about her history until a file in her father’s safe reveals she has sisters she never knew about. A family she’s never met. Betrayed, she realizes there’s a life waiting for her outside the walls of her daddy’s New York City penthouse and Juliet is determined to live it. Against her father’s wishes, she heads to a small beach community to meet her siblings… and finds herself way out of her depth instead.

In the personal protection business, Braden Clark thinks nothing of taking on a job to watch over a city girl in town for the summer. If her father wants to know his daughter is safe, it’s no problem and an easy way of earning a paycheck. Except Braden doesn’t count on falling for the sheltered Juliette. Watching her experience her firsts, getting an apartment, finding a job, meeting up with her lost sisters, soon Braden’s brand of protection becomes a little too personal. He’s mixing business with pleasure and lying to a woman he’s coming to care deeply about.

Sexual attraction burns bright between them and Braden is by her side as she finds herself, her family, and what it means to love... but what happens when she discovers his secret? That he’s been paid to watch over her all along? 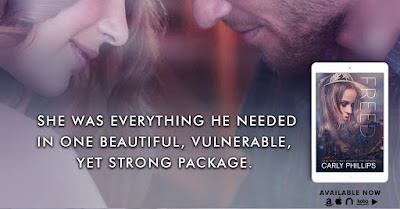 Read my five-starred review of Freed. 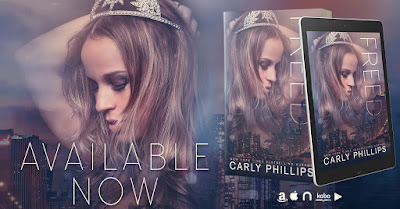 An Excerpt from Freed
“You have a customer. First booth.” Grace tipped her head toward the front of the restaurant. ““And he’s a cute one. Single, too,” Grace said with a wink.

“So this is what small-town living is like? You know everyone?”

She nodded. “And everyone gets to know you. Now shoo.” She waggled her fingers, indicating Juliette should head up front and serve her customer.

She put a smile on her face and strode toward the first table, stopping short when she came upon him.

He had thick, brown wavy hair, with a strong jaw and hazel eyes, and Grace hadn’t done him justice calling him cute. He was downright gorgeous. A navy tee shirt accented his muscular frame. He had to work out, given the flex and pull of his biceps as he picked up a glass of water and took a long sip.

The men she knew in New York were flimsy compared to this hunky specimen. They wore suits their bodies didn’t fill out and had weak facial profiles. This guy was everything she didn’t know to want, but she was certain he’d be in her dreams from now on.

She swallowed hard and approached, gripping the coffeepot in her hand. “Good morning.”

He looked up and his eyes locked on hers. His mossy-green-brown gaze bored into hers and held on so long the stare felt like a warm caress.

“Good morning to you, pretty lady.”

At his gruff words, a warm flush rose to her cheeks. “Coffee?” she asked, lifting the carafe, her hand suddenly trembling.

She somehow managed to pour the liquid without spilling, but she filled the coffee too high and it seeped over the top, leaking first on the table and then onto his lap.

He jerked as the hot liquid hit his pants.

“Oh my God, I’m so sorry.” She put the carafe down with a clatter, picked up the nearest napkin, and began blotting his shirt and his lap, pressing down to soak up the liquid, only to come into contact with his hard, thick– “Oh!” She yanked her hand back, further mortified.

“You could keep going,” he said, eyes twinkling with laughter.

She wanted to crawl beneath the nearest table and stay there. “I’m so sorry. Did it burn you?” she asked, her cheeks flaming.

“No. It must have been cooler than you realized. I’m fine. Really.”

“Is everything okay over here?” Grace asked, walking over, obviously concerned.

Juliette stepped up, taking responsibility. “I–“

A customer called Grace’s name and she walked away, the incident forgotten. Juliette wished she could put it behind her as easily.

“How about we introduce ourselves, considering you had your hand on my–“

“Juliette,” she said quickly, before he could finish his sentence. “Juliette Collins.”

“Braden Clark,” he said with a knowing grin that made her weak in the knees.

The man’s impact was potent.

“Nice to meet you, Juliette.”

“Same,” she murmured. “Now can I get you a fresh cup of coffee?”

“That would be great.”

She gently picked up the overflowed cup and headed for the kitchen, returning to him with an empty mug and a towel to clean the table. A few careful minutes of serving later, he had his coffee and she was back to her duties, feeling his gaze on her as she worked. His name is Braden Clark and he’s a regular.”

Juliette picked up the coffee carafe. “I’ve got it.” 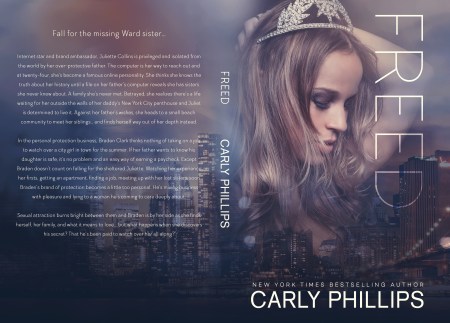 Carly Phillips is the New York Times and USA Today bestselling author of over 50 sexy contemporary romance novels, including the Indie published Dare to Love series. She is happily married to her college sweetheart, the mother of two nearly adult daughters and three crazy dogs. Carly loves social media and is always around to interact with her readers.