Audiobook Review: Someone to Call My Own by Aimee Nicole Walker, narrated by Joel Leslie (Road to Blissville #2) 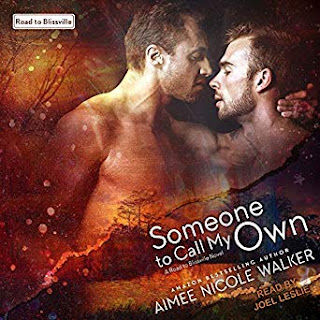 Note: This audiobook was provided by Tantor Media via Vibrant Promotions.

I love it when I find myself falling in love anew with a story that I've already read but I'm experiencing as an audiobook my second go-around. Someone to Call My Own is the second Road to Blissville audiobook that's currently available on the market, and Aimee Nicole Walker's story about mourning the loss of one's first love and husband and of one's twin brother while dealing with the guilt of being drawn to someone new for the former and not having done enough for the latter tugged at my heartstrings all over again. This time, however, I sat back and had Joel Leslie's array of voices take me away, almost as if I was actually in Ohio, in some small town called Blissville and was surrounded by the quirky folks who were beginning to call the place home and each other family.

It's been five years since a devastating accident left Emory Jackson without a husband and in a coma, after which he suddenly found himself with an inexplicable psychic ability. It's this new gift that's allowed Emory to help authorities with difficult cases and to communicate with River through his dreams. It's in one of those dreams that River insists Emory move to Blissville but doesn't go into why his husband should do so. Another dream, however, leaves him devastated and unwilling to wake up to the day that he'll fall in love with some other man. There's no chance that man could ever be Jonathan Silver. Sure, there's a thread of attraction between them, but even when Emory considers giving his body to Jon, he refuses to give the heart that has only ever belong to his late husband.

Angst! All that heartachingly, addictive angst called to my angst-loving soul. Two men who've lost important people in their lives and don't seem to have anything that would make them even compatible, yet it's that inexplicable connection that tugs at them to get closer even when they both think it's a bad idea. I loved the romance even though Emory is still as frustrating this second time around. I also loved that feeling of community and camaraderie that was always present among the ever-expanding circle of Blissville friends. This is the third pairing of Aimee Nicole Walker's endearing stories and Joel Leslie's superb storytelling, and I hope that it's one that goes on because these two are a dream team for audiobook addicts like me. Someone to Call My Own garners five stars. ♥ 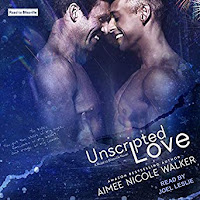 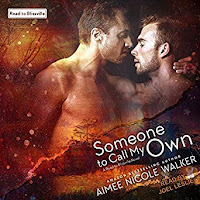 Purchase Someone to Call My Own on Tantor Media | Audible.