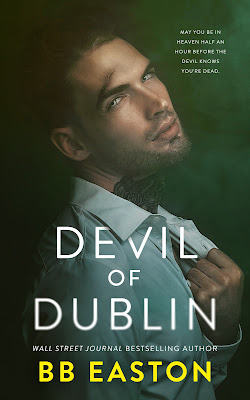 Devil of Dublin
by BB Easton
Release Date: September 22, 2022
About Devil of Dublin
From the Wall Street Journal bestselling author of 44 Chapters About 4 Men (inspiration for the Netflix Original series Sex/Life) comes a dark mafia romance steeped in Irish folklore.
I can't remember anymore if my grandfather's eyes were blue or green, but I'll never forget the way they wrinkled at the corners when he laughed at one of his own jokes. Or the way they sparkled with mischief when he told me tales about the magical creatures that dwelled in the forest behind his humble Irish sheep farm—shy fairies who liked to eat tea biscuits, cruel witches who liked to eat children, a moody lake spirit with a taste for expensive gifts.
As a child, I believed every fantastical word. But when he warned me about the mute boy who also lurked in those woods, the one the priest had declared to be the spawn of Satan himself, I refused to listen. Kellen wasn't evil. He was kind, and beautiful, and special, and hurting. He was my friend. And with every summer I spent stolen away with him in those enchanted woods, he grew to become so much more.
But when I return to Glenshire as an adult, grieving and engaged to someone else, all those legends quickly morph into nightmares.
My grandfather had been right about everything, especially the boy.
If only I had listened.
WARNING: If you are a sensitive reader or find certain subject matter triggering, please exercise self-care and select a different book. Devil of Dublin is a dark romance, intended for mature audiences who enjoy high emotional intensity, explicit adult content, graphic violence, heart-pounding suspense, fairy-tale worthy love, and gorgeous Irish scenery. If that sounds like you, then...welcome to Glenshire! 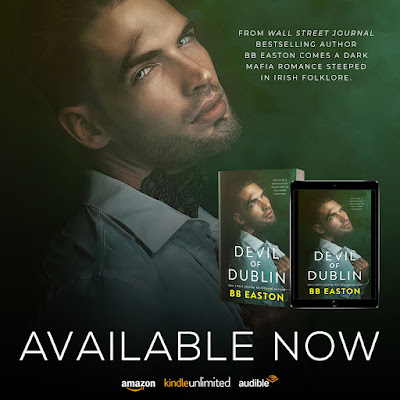 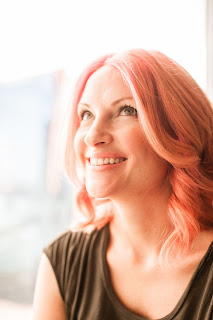 Wall Street Journal bestselling author BB Easton lives in the suburbs of Atlanta with her long-suffering husband, Ken, and two adorable children. A few years ago, she quit her job as a school psychologist to write books about her punk rock past and deviant sexual history full-time. Ken wasn’t super excited about that, but now that he’s appeared in three of her books and inspired a TV show character, he’s incredibly supportive.
BB’s debut memoir, 44 Chapters About 4 Men, went on to inspire the Netflix original series Sex/Life, which was viewed by 67 million households worldwide within the first month making it the 3rd most-watched Netflix original series of all time. Because she had so much fun writing 44 Chapters, BB went on to publish four more wickedly funny, shockingly steamy, and heartwarmingly autobiographical books, one for each man in her memoir—Skin, Speed, Star, and Suit.
The Rain Trilogy—a dark, immersive, end-of-the-world romance—was BB’s first work of fiction. Or at least, that’s what she thought when she wrote it in 2019. Then, 2020 hit, and all of her dystopian plot points started coming true. Hoping to fix everything, BB returned with a fun, feel-good romantic comedy called Group Therapy, but alas, the world is still on fire … and so is BB’s desire to write intense, us-against-the-world romances. Her next release, Devil of Dublin, is a dark Irish mafia romance steeped in folklore and family secrets.
Connect with BB Easton
Website | Facebook | Facebook Group | Twitter | Instagram | Pinterest | TikTok | Spotify | Goodreads | BookBub 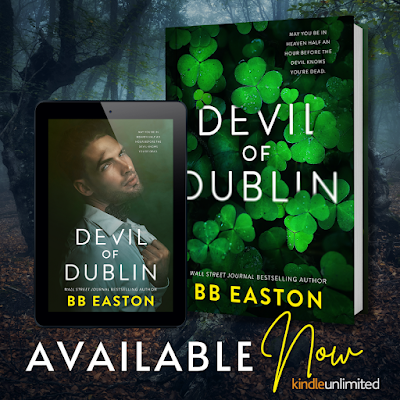