Cover Reveal: More Than I Could by Adriana Locke 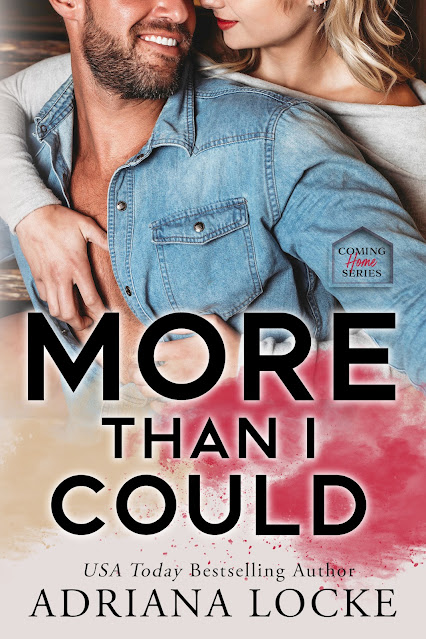 About More Than I Could
This grumpy hero makes things hard for the nanny.
You know what? I’m over him.
His moods.
The verbal sparring.
Those biceps that look like they were cut from marble.
Okay, maybe I’m not over him being shirtless.
Chase Marshall is a single dad with a daughter to love, so fighting with me shouldn’t be a priority. But he can’t seem to stay away.
The lingering looks when he thinks I’m not watching.
The seemingly innocent touches while making breakfast.
The smirks gracing his lips after I’m irritated by his antics.
He’s ridiculously sweet to his daughter. I even catch glimpses of how charming he could be to me—if he wanted to.
But that’s the problem. He acts like he doesn’t want to. That he doesn’t want me.
He does. It’s in the innuendos, the way he places his hand in the small of my back—the almost kisses while we’re putting away groceries. The way he comes running when I see a spider and checks on me before he goes to bed. Even if he does grumble about it.
I might not be totally over my boss, but I’m going to make him think I am.
Let’s see how frustrated Mr. Marshall gets now.
From USA Today bestselling author Adriana Locke comes a grumpy/sunshine, blue-collar single dad, nanny romance. This small-town romance is a standalone novel with tons heat and even more heart.
More Than I Could is a standalone in the Coming Home series where one author a month will be delivering a brand-new story about coming home.

Add More Than I Could on Goodreads. 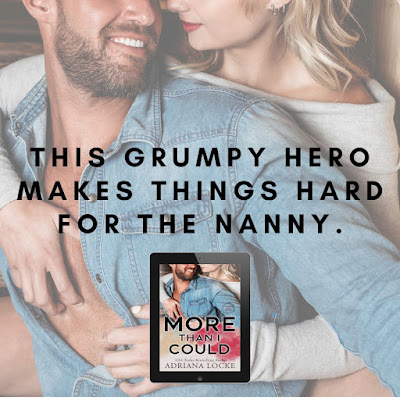 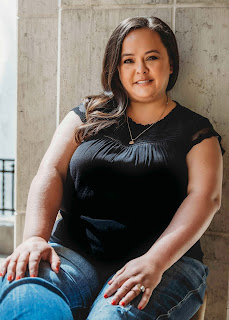 USA Today and Washington Post bestselling author Adriana Locke lives and breathes books. After years of slightly obsessive relationships with the flawed bad boys created by other authors, Adriana created her own.
She resides in the Midwest with her husband, sons, and two dogs. She spends a large amount of time playing with her kids, drinking coffee, and cooking. You can find her outside if the weather's nice and there's always a piece of candy in her pocket.
Besides cinnamon gummy bears, boxing, and random quotes, her next favorite thing is chatting with readers. She'd love to hear from you!
Connect with Adriana
Website | Facebook | Facebook Group | Twitter | Instagram | Goodreads | BookBub | Amazon | Newsletter 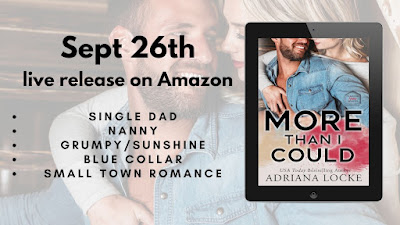