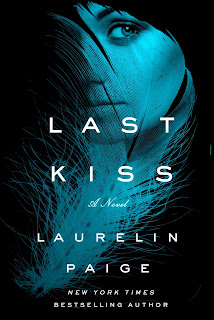 His mouth found mine, and his lips, firm and demanding and without any more words, told a thousand other tales about a future that we’d never have. He lingered and he loved. He shared dreams he’d never spoken of and showed me how they fit with mine. He rebuilt me for all the times he’d broken me before. He claimed and made me new.

Instead of what it really was – a last kiss.

With a book as extraordinarily addictive as First Kiss and with a cliffhanger as equally shocking and frustrating as the one it ended with, expectations for its sequel, Last Kiss, which also happens to be final novel in this duology from New York Times and USA Today bestselling author Laurelin Paige, were in the stratosphere. Readers and fans were left with all these questions--questions that had accumulated as the story went on and new ones that popped up with one character's sudden appearance. How would the return of Amber Pries affect the decadently demanding but irresistible coupling of Reeve Sallis and Emily Wayborn, her ex-lover and her best friend, respectively? How would Emily and Reeve handle Amber's presence as individuals? Will the truth about her disappearance finally come to light or are there more mysteries surrounding Amber? What role will Joe Cook ultimately play in Emily's life? So many questions. So, do we get the answers we seek? Oh yes, we do, and we get so much more than we bargained for, in the best, dirtiest, and most irresistible ways possible. You expect nothing less from the likes of dear Laurelin Paige and her band of memorable and perfectly matched misfits--Reeve, Emily, Amber, Joe, and the rest.

Just when Emily Wayborn and Reeve Sallis were on the cusp of a new level in their relationship, on the verge of that something more that neither one had even considered possible with each other, Amber Pries makes her presence felt and it reverberates throughout the ranch but in Emily most of all. She's torn between being elated over having her best friend not just back but alive and being unsure of where these leaves things with her and Reeve. After all, Reeve loved Amber not too long ago and did what he felt was necessary to keep her by his side. Would he end up choosing to give their love another chance or did he mean it when he said Emily was the one he wanted, the one he chose. But how can Emily believe that? No one's ever chosen her over her best friend, so what makes this time different? With Amber's return, everything should be clearer than they were while she was gone and Emily had come looking for her and digging through Reeve's life. Instead, things don't seem to be lining up and question after question arises. There also appears to be someone going out of their way to make sure that Emily doesn't get any of the answers she's searching for. And when it comes time to make a choice, will Emily choose Reeve or Amber?

Laurelin Paige has weaved her web of deceit and desire and she's weaved it with a mastery that left me reeling time and again. Who does Emily trust? Is it the man she's fallen in love with but barely knows or is it the woman who she's known for years but has been apart from for the last seven? Both Reeve and Amber are master manipulators and there are moments that they have no qualms about playing Emily to get what they want. But who has Emily's best interests at heart? The evolution of Emily as a female main character was fascinating to say the least. Her time away from Amber has made her a stronger, more independent woman, but she reverts to certain ways of thinking and behaviors when she's around Amber again. She readily submits, and you can see that this ingrained reaction is being used and abused. Emily truly comes into her own in this novel. As for Reeve... Le sigh. The man has made every single other fictional wealthy alpha character that's come before him a boy scout. Christian who? Special mention goes to Joe Cook, who served as such a fantastic counterpoint to Reeve. First Touch was on my 2015 year-end list of favorite reads. There's no doubt Last Kiss will be on this year's list as well. Five-plus stars times ten. ♥

Read my reviews for the First and Last duet: