Book Spotlight: The Sun Goes Down by James Lear 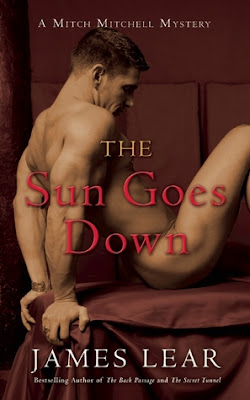 About The Sun Goes Down
Mitch Mitchell needs a vacation, and he is determined to make the most of his trip to the Mediterranean island of Gozo. Death never takes a break however, and at the behest of fellow doctor Bob Southern, Mitch soon finds himself investigating the demise of a young, gay lance corporal. The police have ruled it a suicide, but the young man's boyfriend claims it was murder. Suspecting an official cover-up of a queer scandal, Mitch gets to work on an investigation that leads him into a labyrinth of lies, false identities, and secret sex.

With tension, humor and plenty of Mitch Mitchell's exuberant sexual encounters, The Sun Goes Down cranks up the Mediterranean heat for one of his most baffling and dangerous cases.

Add The Sun Goes Down on Goodreads. 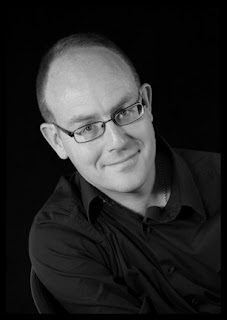 A Q&A with James Lear
1.  What are your current projects?

I’ve just finished a new novel, which is a stand-alone story about a straight married man who suddenly wants to have sex with other men. Obviously this required a lot of painstaking research, it was quite exhausting. Next, I think I’ll return to my other mystery strand with Dan Stagg, the butch ex-marine.

2.  Tell us about your first book. What would readers find different about the first one and your most recent published work?

The first one was called The Low Road, and it was my rendition of Robert Louis Stevenson’s classic novel Kidnapped. I always thought it was an extremely homo-erotic book, so I just made it more explicit. I don’t think there’s anything that different with the current stuff – it’s the same formula of a strong narrative, a lot of humour and loads of really explicit sex that somehow manages to have something to do with the plot. And there’s usually some dirty pun in the title.

3.  Is there a message in your novel that you want readers to grasp?

There’s only one thing I want readers to grasp when they read my novels.