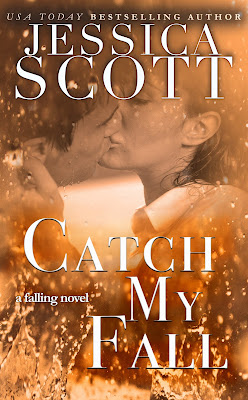 Trapped in the friend zone. Longing for the woman who captured his heart when they were deployed in Iraq.

Former Army Sergeant Kelsey Ryder has scars, the kind of scars she hopes that no one ever sees. Working around the guys at the Pint, she’s reminded of everything she lost when she left the Army behind.

But some scars refuse to stay hidden.

One fateful night changes everything and neither of them know if their relationship will ever be the same.

All Deacon knows is that he’ll be there to catch her when she finally falls. 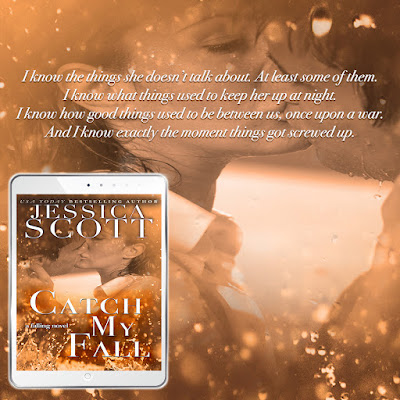 Read my five-starred review of Catch My Fall.

Add Catch My Fall on Goodreads. 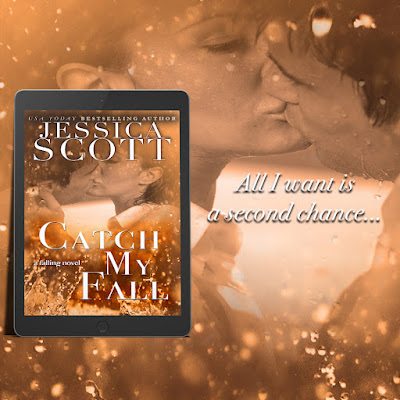 An Excerpt from Catch My Fall
He looks down at his feet, his body tense, angled toward the door. Is he thinking of running too? "Look, we don't have to do this," he says. He's giving me an out. An escape. My heart melts a little more for this man. This big, powerful, quiet man.

"I'm not really sure that's what I want," I admit quietly. I'm trying not to cry in frustration. Deacon represents every complication in my life that I've been trying to avoid since I left the Army.

Everything is coming apart, no matter how hard I try to hold on. I wanted to prove to myself that I could be around him, day in and day out, and not lose my tenuous grip on reality.

I was wrong. I can't do this. Not alone.

He rubs the back of his neck, his T-shirt stretching tight over his biceps, distracting me from the aching silence between us. I have to smother the happy dance that's going on in my panties right now. Arms have always been my thing. And Deacon has really great arms.

I'm overtired. That's my story—about why my hormones are suddenly, deeply interested in a man I can no longer deny my feelings for—and I’m sticking to it.

"I don't really know how this doesn't get more awkward." His voice is deep and low.

"Oh, it can get plenty more awkward," I say dryly.

He grins sheepishly. "I guess it can. But we don't have to test this theory, do we?"

I look up at him. At the bright blue eyes that melted my willpower five years ago and the wide, full smile that filled my heart once upon a time. "No," I say softly. "I guess we don't." 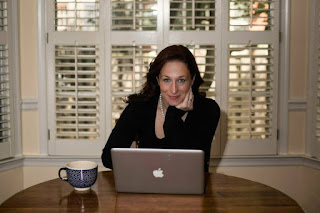 Jessica Scott is an Iraq war veteran, an active duty army officer and the USA Today bestselling author of novels set in the heart of America’s Army. She is the mother of two daughters, three cats and three dogs, and wife to a retired NCO.

She’s also written for the New York Times At War Blog, PBS Point of View Regarding War, and IAVA. She deployed to Iraq in 2009 as part of Operation Iraqi Freedom (OIF)/New Dawn and has had the honor of serving as a company commander at Fort Hood, Texas twice.

She’s holds a PhD in Sociology from Duke University and she’s been featured as one of Esquire Magazine’s Americans of the Year for 2012. Jessica is also an active member of the Military Writers Guild.