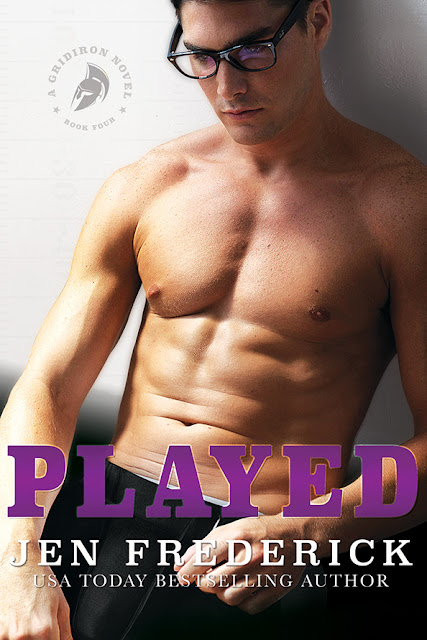 About Played
She's been playing it close...

Ara Martin and college football star Ty Masters have been best friends since the first day of school when Ty literally ran her over. She fell for him immediately, but having lived under the shadow of her famous father, she knows a relationship with irresistible Ty would only end in heartbreak. For four years, she’s kept her feelings hidden. But one drunken encounter weeks before graduation is about to expose Ara’s biggest secret and destroy her most treasured relationship.

He’s been playing for keeps…

Ty is about to be drafted into the NFL, but his personal life is a mess. He’s got an agent he doesn’t like, a brother who can’t stop offering his opinion, and a beautiful woman he craves but can’t have. He can fire his agent and ignore his brother, but he’s not sure what to do about Ara. Ty’s been able to run down every quarterback he’s faced, but his sexy, stubborn best friend keeps slipping through his fingers.

Luckily, he's not one for giving up, and once he gets his hands on her, he's never letting go.

Get the first three Gridiron novels,
Sacked, Jock Blocked, and Downed,
all on sale for 99 cents each during release week! 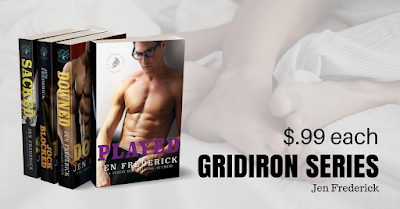 Jen Frederick is the USA Today bestselling author of Unspoken, part of the Woodlands series, and Sacked, part of the Gridiron series. She is also the author of the Charlotte Chronicles and has had several books on the Kindle Top 100 list. She lives in the Midwest with a husband who keeps track of life’s details while she’s writing, a daughter who understands when Mom disappears into her office for hours at a time, and a rambunctious dog who does neither.