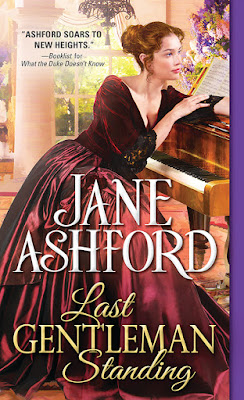 Miss Elisabeth Elham is an unlikely heiress. She never knew the curmudgeonly uncle who died suddenly and left her a fortune. She's proud, outspoken and independent―a definite challenge for London's fortune hunting suitors.

As various determined gentlemen vie for her attention at balls, routs, picnics and parties, Elisabeth finds herself embroiled with a charming rake, a mysterious nabob, and an elegant neighbor. This would all be great fun, if only she wasn't so fascinated by the one man in London who's not trying to woo her...

Rediscover this classic Regency romance! Originally titled Bluestocking, this classic story has been unavailable for over 25 years and is now returning from the vault! 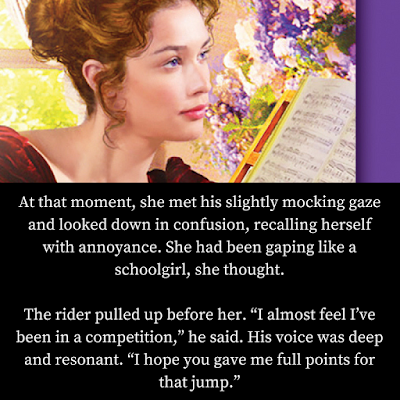 An Excerpt from Last Gentleman Standing
Elisabeth had recrossed a stile and was traversing an open field when she heard hoofbeats behind her. Turning, she was just in time to see the rider urge his magnificent chestnut up and over the fence she had just climbed. The form of both was flawless, and she forgot herself in her admiration of the jump, watching unself-consciously, as the horseman approached her.

The chestnut had white feet and was one of the most beautiful and spirited animals she’d ever seen. He moved with the ease and power of a true thoroughbred and might have made almost any rider appear insignificant, but the man on his back matched his quality. He looked to be tall, and his figure was well-molded and athletic. His buckskin breeches fitted him to perfection, and his coat fairly cried out its fashionable origin in the workrooms of a Weston or a Stultz. Elisabeth had seen a few gentlemen of the haut ton in Bath, and she knew enough to recognize that the deceptive simplicity of the folds of his cravat and the carefully casual arrangement of his hair were the signs of a veritable tulip, a top-of-the-trees Corinthian. At that moment, she met his slightly mocking gaze and looked down in confusion, recalling herself with annoyance. She had been gaping like a schoolgirl, she thought.

The rider pulled up before her. “I almost feel I’ve been in a competition,” he said. His voice was deep and resonant. “I hope you gave me full points for that jump.”

Elisabeth looked up. His eyes were pale blue, she noted, in spite of his black hair and rather dark complexion. “I was staring quite rudely, I know,” she replied. “I beg your pardon. But I was transfixed by the way your horse took that fence.”

The man patted the chestnut’s neck, “He’s wonderful, is Tristram.”

“Tristram?” repeated Elisabeth, smiling. “That’s an uncommon name for a horse. Do you take it from Tristram Shandy?”

The rider looked at her with much more interest than he’d first shown. “Yes, I’m fond of Sterne.”

“Oh, it is my favorite of all books. I thought hardly anyone read it now.”

He smiled back at her somewhat quizzically. “And I should hardly have thought it fit reading for young ladies.” He surveyed her. He was the despair of his mother and several aunts, who had all at one time or another introduced to him dazzling debutantes calculated to urge him into marriage. But though he’d treated them politely, he’d been extremely bored in their company and really had very little notion of what to say to conventional young women. Seeing that Elisabeth was a bit uncomfortable under his gaze, he continued, “But then I rarely find young ladies wandering about my land unattended. So I can’t quite make you out. Are you someone’s governess, perhaps? Do you teach your pupils from Sterne?” His amused smile faded as he went on before she could answer. “No, that doesn’t seem right.”

Looking down at her drab garments, Elisabeth laughed. “I’m sure I don’t know why you say so. I do look very like a governess. In fact, until a few weeks ago, I was a teacher at a seminary for young ladies. Now that my uncle has obligingly left me his fortune, I shall have to change my style of dress.”

“Uncle?” he asked. His eyes narrowed. “You can’t mean old Anthony Elham? I heard of his death.”

“Yes. I am Elisabeth Elham. Though it is not at all the thing to go about introducing oneself to strange men,” she told herself reflectively.

The rider laughed. “I hope I’m not strange. But I beg pardon. I should have made myself known to you immediately. I am your neighbor, Derek Wincannon. Do you mean to say that old Elham has left you Willowmere?”
Elisabeth shrugged. “It is part of the estate. And a very ramshackle part, I must say. I have never seen so neglected a house.”

“It’s the scandal of the neighborhood,” said Mr. Wincannon. “Your uncle was a shocking landlord and a worse neighbor.”

“From what I heard of him,” answered Elisabeth, “he was uniformly shocking. I’m rather sorry I never met him.” The man laughed again. “But in any case, you may inform the neighborhood that I shall be putting the place to rights as soon as I may.”

“That’s good news. Will you be settling there?”

“No. At least, not immediately. I shall live in London for a time, at Elham House.”

“For the season, I assume.”

“Yes, I’ll be bringing out my cousin.”

“You are bringing out someone? I’d have thought it would be the other way about.”

“Oh, no,” Elisabeth smiled. “I’m beyond that sort of thing. Quite on the shelf, in fact,” she added lightly.

“I see it now,” he responded dryly, “a veritable antique. How can I have mistaken you for girl in her twenties?”

She laughed. “Well, I daresay I shall attend a few parties also, if I’m asked.”

He smiled. “There can be little doubt of that, I should think. You’ll wish to sample the gaities of the season and attend the assemblies at Almack’s.”

He raised his eyebrows.

“My father used to tell me stories about London, and he was most severe on Almack’s. He called it the Marriage Mart and painted such a vivid picture of the trials young girls undergo as they are catalogued and labeled according to their faces and fortunes that he gave me quite a horror of the place. I don’t at all wish to go there now.”

“Well, of course I might have done so some years ago had I been offered the opportunity,” Elisabeth explained obligingly. “When one is thrown penniless upon the world at the age of nineteen, one is willing to try any shift to come about again. I was very willing then to marry to make my fortune. But I wasn’t given the chance, and how fortunate that was, really. For now, you see, there is no need.”

Derek Wincannon laughed. “You are a most unusual girl,” he said.

“Because I prefer to order my own life now that I have the means to do so?” asked Elisabeth. “I’m persuaded you can’t really think so. Would you give up your independence without need? No indeed. When I was desperate and might have married, no one dared offer for me. I certainly won’t encourage anyone to do so now that I have an income.”

“Much good that will do you, I should say.” 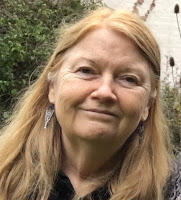 Jane Ashford discovered Georgette Heyer in junior high school and was captivated by the glittering world and witty language of Regency England. That delight led her to study English literature and travel widely in Britain and Europe. Her historical and contemporary romances have been published in Sweden, Italy, England, Denmark, France, Russia, Latvia, Slovenia, and Spain, as well as the US. Jane has been nominated for a Career Achievement Award by RT Book Reviews. She lives in Beverly Hills, CA.