Release Blitz: Written in the Oceans by Jeannie Choe 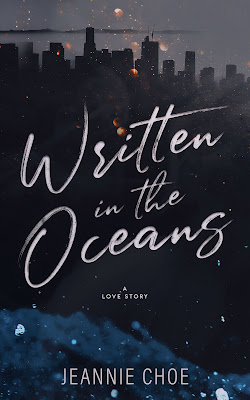 Written in the Oceans
by Jeannie Choe
Release Date: December 2, 2022
About Written in the Oceans
Rhylan Matthews is Hollywood's hottest "it" star, gracing his baby blues and perfectly chiseled jaw line on almost every movie screen, billboard, and red carpet. He’s got it made. But not everything is as it seems. Underneath all the glitz and glamor, Rhylan Matthews is dealing with his own slew of demons making him realize how lonely stardom can really be.
As a typical college student and on the cusp of entering the real world once she graduates, Ellie doesn’t understand why her future doesn’t hold the same expectations as it does for others. With her grief pulling her down along with the heavy baggage of her past, moving on feels almost impossible.
When their two worlds crash, it’s like discovering a new way to breathe after skimming below the surface for so long, always on the verge of drowning. Until they’re pushed back into the depths of the ocean and they realize that maybe sinking into oblivion is the only way to live. Unless they give each other a chance. 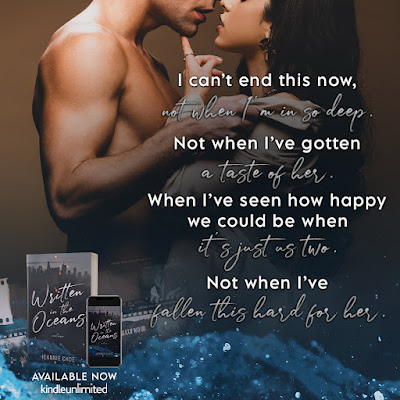 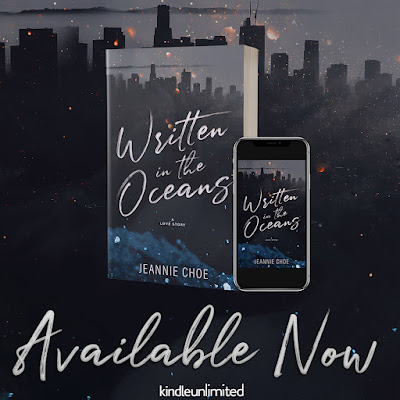 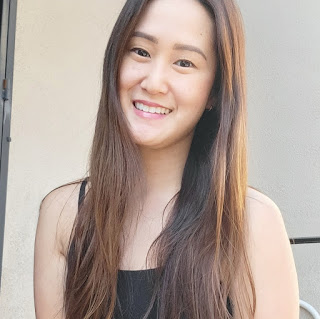 Written in the Oceans, a standalone novel in the new adult/contemporary romance genre, is Jeannie Choe's debut novel that touches subjects on mental health while including elements of angsty romance and a happily ever after. She lives in Southern California with her hubby, two kids, and fur babies.
Connect with Jeannie
Website | Instagram | Goodreads | Amazon