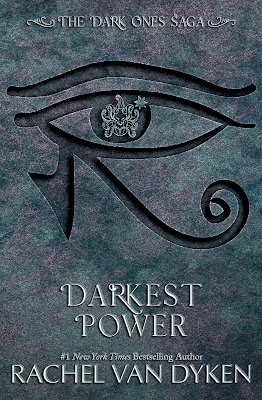 Darkest Power
(The Dark Ones Saga #6)
by Rachel Van Dyken
Release Date: December 13, 2022
About Darkest Power
What happens when an ancient god is thrust into modern-day life? Find out in #1 New York Times bestselling author Rachel Van Dyken’s newest paranormal romance.
"...Eventually, the worship of Horus stopped. For the favored god had finally turned his back on his people—and disappeared.
Until now…"
What's the god of the sky and war supposed to do when I'm stuck in modern-day Seattle with a team of immortals who've dropped me right in the middle of a battle between good and evil?
I move in with Tarek, a werewolf, in an effort to join society and learn about modern times. Then I start my own TikTok and go to my brother's bar to watch the ridiculous humans attempt to fall in love over and over again.
Listen, I've already done my part in saving the world from a catastrophe a month ago—which is how I found myself in this very seat at the bar, stuck in a time that's no longer my own.
I'm bored out of my mind until I start bartending at Soul and am forced to train the new hire—Kit. She's clumsy, shows up late to all of her shifts, constantly has it out for me, and doesn't sleep. Ever. Which would make her a great asset, except as the full moon gets closer, she gets harder to control.
When I find out the truth behind her identity, I know I must go down into the Abyss—to the immortals' greatest enemy—to help her ascend. If she doesn't, she'll lose an eternity's worth of immortality and pitch the world into chaos. And yes, going to my friends' enemy is wrong, but I'll stop at nothing to save her.
Even if it means she dies at my hands. 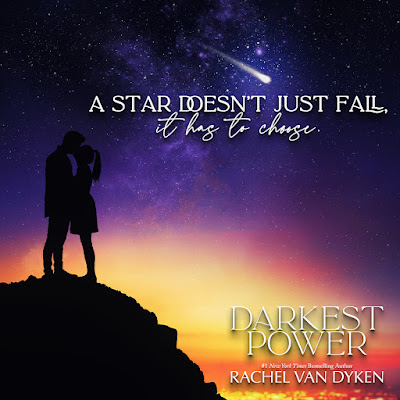 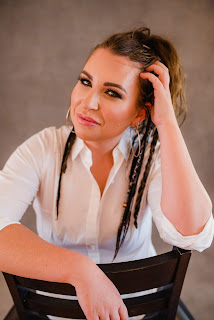 Rachel Van Dyken is the #1 New York Times, Wall Street Journal, and USA Today bestselling author of 90 books ranging from contemporary romance to paranormal. With over four million copies sold, she's been featured in Forbes, US Weekly, and USA Today. Her books have been translated in more than 15 countries.
She lives in the Pacific Northwest with her husband, adorable sons, naked cat, and two dogs.
Connect with Rachel
Website | Facebook | Facebook Group | Twitter | Instagram | Goodreads | Newsletter 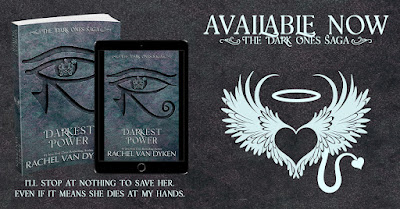