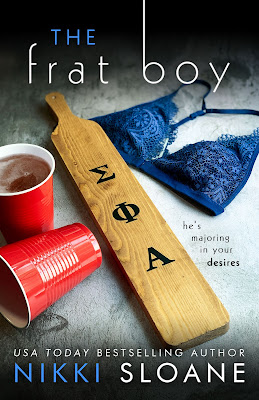 The Frat Boy
(Nashville Neighborhood #4)
by Nikki Sloane
Date Released: December 6, 2022
About The Frat Boy
Colin Novak is the big man on campus. Huge—if the rumors are to be believed.  Nearly every girl at Davidson University has had a ride on him . . . everyone, except me.
Which is fine. This frat boy may be irritatingly hot, all carved muscle with a deceptively wholesome smile, but that's irrelevant. He's a Sig.
When I catch his fraternity cheating at the Greek Week tournament, he denies it--causing our rivalry between houses to escalate. Colin and I may have started the mud fight, but it grows into an all-out war, and ends with us expelled from our houses.
Now I'm homeless and it's all his fault.
So, while answering an ad for a leading role at an adult film company wasn't part of my career path, the work comes with a lot of perks. Steady salary. Accommodations close to campus. A safe place to explore my fantasies.
Except when I show up for my audition, my partner is none other than my new archenemy—Colin. And our sexual chemistry is explosive.
We hate how attracted we are to each other, and I despise that I want every scene to be with him. Because the longer we live together, the more I see he's not who I thought he was.
This frat boy was so easy to hate . . . but what if he's even easier to love? 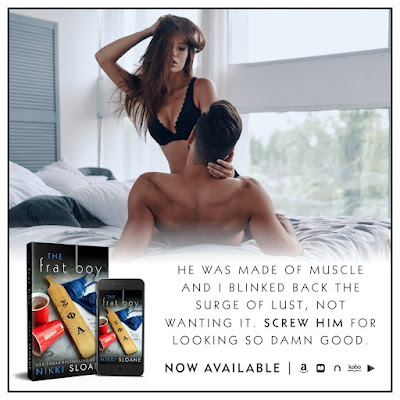 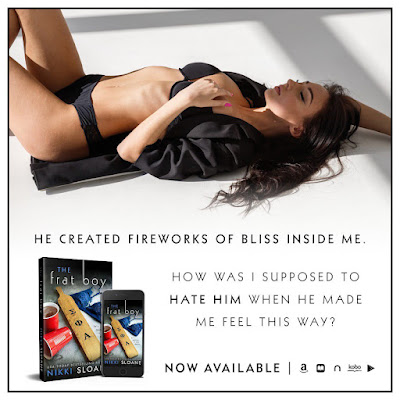 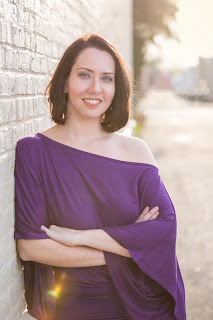 USA Today bestselling author Nikki Sloane landed in graphic design after her careers as a waitress, a screenwriter, and a ballroom dance instructor fell through. For eight years she worked for a design firm in that extremely tall, black, and tiered building in Chicago that went through an unfortunate name change during her time there.
Now she lives in Kentucky, is married and has two sons. She is a three-time Romance Writers of America RITA© Finalist, a Passionate Plume winner, a two-time HOLT Medallion finalist, and couldn't be any happier that people enjoy reading her sexy words.
Connect with Nikki
Website | Facebook | Facebook Group | Twitter | Instagram | Goodreads | BookBub | Newsletter 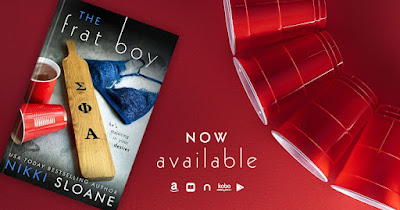