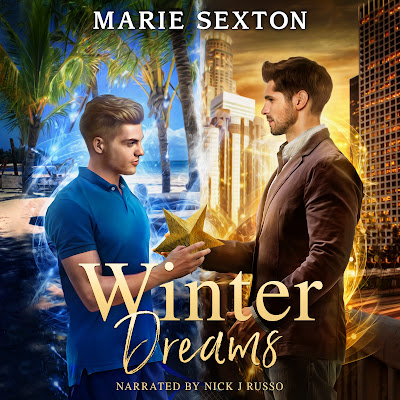 Winter Dreams
(Winter Magic #2)
by Marie Sexton
narrated by Nick J. Russo
Date Released: November 23, 2022
About Winter Dreams
What happens when a player gets played?
Actor Dylan Frasier is known as one of the biggest playboys in Hollywood, infamous for seducing men and women alike. He’s also half in love with his two best friends. Unfortunately, Jason and Ben are madly in love with each other, leaving Dylan the odd man out. When Ben suggests an extended Christmas vacation at a resort modeled after his favorite 80s TV show, Dylan reluctantly agrees. Sure, his heart breaks a bit every time he sees them together, but it’s a vacation in the Bahamas. How bad can it be?
At first, the resort seems like any other. Dylan plans to work on his tan, get laid, and hunt for Hollywood’s most in-demand director – not necessarily in that order. Then he meets Connor, a tennis instructor still hurting from a bad breakup. Connor knows Dylan’s reputation and refuses to be seduced. Dylan sees Connor as just another conquest, but this tropical island isn’t as mundane as it appears. It has its own kind of magic, and it’s about to make things interesting. 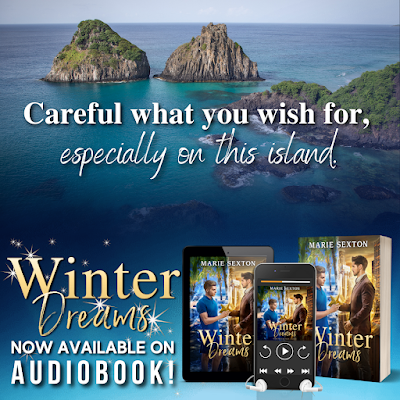 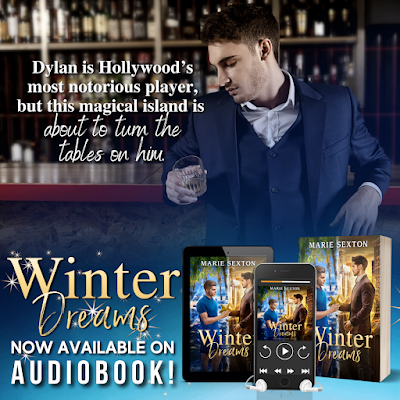 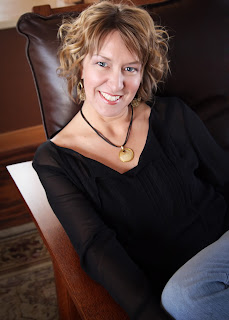 Marie Sexton's first novel, Promises, was published in January 2010. Since then, she's published nearly forty novels, novellas, and short stories, all featuring men who fall in love with other men. Her works include contemporary romance, science fiction, fantasy, historical romance, and a few odd genre mash-ups. Marie is the recipient of multiple Rainbow Awards, as well as the CRW Award of Excellence in 2012. Her books have been translated into six languages.
Marie lives in Colorado. She’s a fan of just about anything that involves muscular young men piling on top of each other. In particular, she loves hockey and football, and enjoys attending games with her husband. Her imaginary friends often tag along. Marie has one daughter, two cats, and one dog, all of whom seem bent on destroying what remains of her sanity. She loves them anyway.
Marie can be found on Twitter, where she mostly talks about football and hockey. She’s also on Instagram, but that's mostly knitting and her pets. The absolute best way to stay up-to-date on Marie’s books is by joining her Facebook group.
Connect with Marie
Website | Facebook | Facebook Group | Twitter | Instagram | Discord | Goodreads 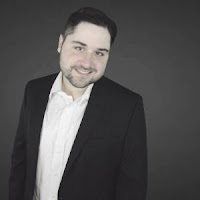 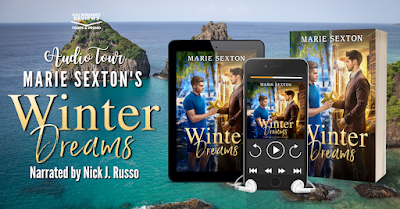