Book Spotlight: Siren in the City by Lexi Blake writing as Sophie Oak 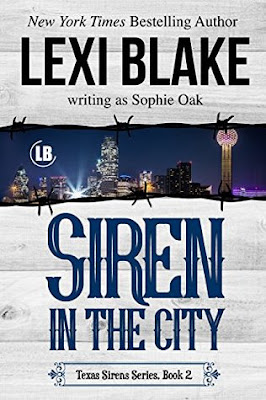 About Siren in the City
Re-released in a second edition with new scenes.

Jack and Sam married Abby. It was supposed to be for forever, but lately Abby wonders where her alpha male has gone. Jack has retreated and life has become decidedly vanilla. It isn't the true marriage she and Sam wanted. Sam and Abby know the time has come to fight for what they need.

A call from his mentor forces Jack to revisit the club where he discovered his sexuality. Jack's half-brother is in the city and interested in a little blackmail. Can Jack handle two defiant subs and a brother in need of some tough love?

Sometimes all it takes to find the way home is a little love and a lot of mischief.

Come back to the beginning and revisit some of your favorite old characters or find new ones to love. Siren in the City has been revised and new scenes added. And if you look closely, you’ll find not only the beginnings of the Sophie Oak world, but also the seeds of how McKay-Taggart began… 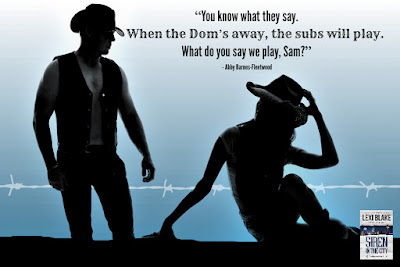 Read my 4.5-starred review of Siren in the City.

Add Siren in the City on Goodreads. 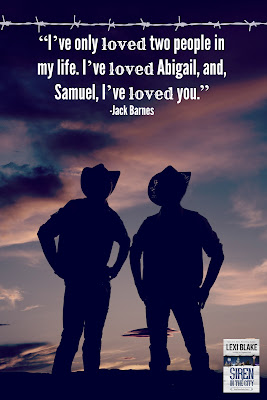 An Excerpt from Siren in the City
“Are we done, Julian? I would like to take my subs upstairs. It’s time I had a long talk with them.”

She held her breath as Leo stepped forward. “I’m not done.” He stood in front of Jack, going toe-to-toe with him. “I’m the Dom in residence now, Master Jack. I know that used to be your job, but you’re a guest now. Had two subs caused the trouble yours did tonight, what would you have requested then?”

Leo nodded. “They both will pay for abusing Master Julian’s trust. I want her to pay for the insult to me.”

The hand on the back of her neck tightened almost painfully, and Abby decided not to argue.

Leo’s eyes skimmed over her. She watched from beneath her lashes. “She started everything. I was attempting to watch over Master Julian’s possession. She questioned my authority over Sally in public. She proceeded to ignore direct orders given to her for her own protection. Though the male is the one who fought, I understand and forgive his actions. He was protecting her. He’s your partner?”

There was not an ounce of condemnation in the Dom’s question. He was merely attempting to outline the relationship.

“We share our wife. But I am the head of the household.”

“Well, your wife is topping from the bottom,” Leo accused. “I can’t let the rest of the subs see her get away with it. Twenty tonight, over my knee, right now.”

The hand came off her neck and she heard a sigh. His voice was low, and she couldn’t stand the defeated sound of his reply. “We’ll be out of here in an hour. Julian, I’m sorry. Consider my membership revoked. Come along, Abigail. Sam, I expect you to pack whatever you need and meet us in the lobby.”

“No!” She reached for his hand. Jack did business with the members of this club. It meant something to him. It was the whole reason she wanted to come here. She wanted to see this side of him. It had been the first place he’d called home. Now she would be the reason he lost it. Jack growled at her. She kept her head down, but she couldn’t keep quiet. “Please, Jack. Please don’t. I couldn’t live with it. I’ll do whatever he asks. I can handle it. Please don’t let this happen.”

His hand found her chin again, and his expression was softer now. “Abigail, he could hurt you.”
“Nothing will hurt me more than knowing I did this to you.” She could feel the tears streaming down her face. “Please?”

He forced her to look him straight in the eyes, his gaze steady. “I will never allow another man to put his hands on you like that. Do you understand me? I don’t care what you’ve done or what their rules are. I only trust Sam. This relationship is between the three of us. I won’t let anyone else in, not even for a moment, no matter what it costs me. All right?”

Though it hurt her heart, she knew he wouldn’t move. She nodded.

“Leo, I wonder if you would indulge me.” Julian’s voice cut through her misery. “If Jackson administers the punishment, will you be satisfied? He’s serious. He will leave and not come back rather than allow you to touch her. It will more than likely cost me a friendship I would prefer not to lose.”

The slight incline of the dungeon master’s head indicated his assent. “But I expect him to take this seriously. It’s obvious to me he has no control over his subs. He needs to reestablish control or allow them their freedom so they can find more appropriate Masters.”

“How about you let me worry about my wife and my partner and you keep your hands off of her.” Jack took a threatening step toward the other man. “Don’t think I don’t see the way you look at her. You don’t want to punish her. You want to get your hands on her. It’s not going to happen while I’m still breathing. Get me a chair.”

Jack hauled her up and she let him. If this was what it took, she could handle it. Hell, a part of her was already soft and wet. Deep down it was what she had hoped for. She glanced around at the crowd of people watching while Jack was brought a chair. They were going to watch him spank her. She hadn’t really hoped for this part. She felt her skin flush as they watched her.

Julian and Leo seemed particularly interested, but Sally’s head was up, too. There was a strangely familiar face in the back. He had black, fashionably tousled hair and wore trendy clothes. He was young, but he watched the scene before him with a fascination that was hard to miss. An older man in a suit, however, stood right behind the young man, and his disdain shone on his pinched face. It took her back to a time when she saw that look on a lot of people’s faces. She felt seventeen again, with the contempt of her hometown all around her. She’d been young and pregnant, and they’d called her a whore.

She turned away from the man with the disgusted expression. The rest of the room didn’t seem shocked at what was about to happen. They were excited. A thrill went through her. Screw the guy in the back. She wasn’t going to let people like that affect her anymore. She walked to Jack and let him pull her over his lap.

Her pussy throbbed in anticipation. Her mouth went dry as Jack’s big hands stroked up her legs and began to push her skirt up. She was suddenly glad she’d fought Sam on her choice of underwear. He’d pushed for a thong, but she was eager to wear the cute silk bikinis that matched her corset. Now it would give her a bit of modesty.

“What the fuck?” Jack fingered the underwear. “Since when do I allow you to wear panties? Get me a knife.”

So much for modesty. She felt a touch of metal as Jack cut the super-expensive underwear off her body. She watched them fall to the side. 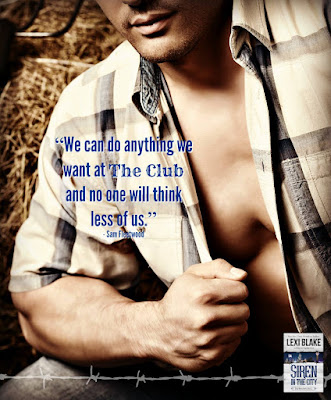 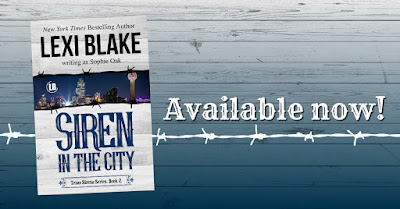