Audiobook Spotlight: For the Living by L.A. Witt, narrated by Charlie David 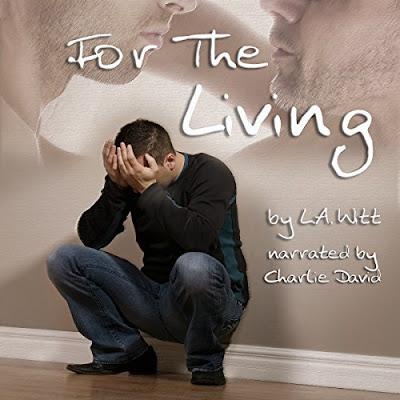 For the Living
by L.A. Witt
narrated by Charlie David
Date Released: October 26, 2015

About For the Living
For the last year, Jay Warren has struggled to find the nerve to tell his wife he's gay. Every time he gets the chance, though, he freezes up. He's ashamed of hiding it all this time, he doesn't want to hurt her, and the guilt has been almost unbearable.

When his wife dies suddenly, Jay's conscience threatens to eat him alive.

Funeral director Scott Lawson deals with the bereaved every day, and he's all too familiar with the inside of the closet. He offers Jay some much-needed compassion and understanding, and from that connection comes a friendship that quickly - perhaps too quickly - turns into something more.

But are grief, guilt, and loneliness the only things tying them together? Or, will Scott get fed up with being used as an emotional crutch before Jay realizes what he has?

Add For the Living on Goodreads. 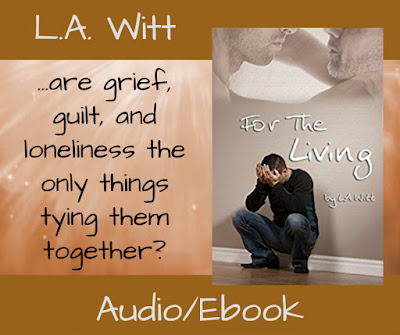 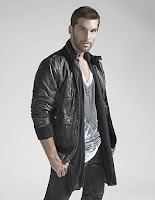 Charlie David is a storyteller, but he's been called worse names. The mediums for my stories are books, audiobooks, webseries, documentaries, and films. He's been fortunate to have some of his own books published as well as provide narration on the audiobooks of other authors.  Visit Charlie's Vimeo page for M/M & M/M/M TV series, documentaries and films.

Charlie is a graduate of the Canadian College of Performing Arts and his current passions include motorcycle cruises, high adrenaline encounters with wildlife, SCUBA diving and sports. He resides in Montréal and Toronto, Canada when he’s not living out of a suitcase.