- December 09, 2015
I was given the privilege of interviewing Meghan March back in February of this year in line with the release of Beneath This Ink, the second book in her Beneath series. With the publication of the first book in her newest series, both titled Dirty Billionaire, I got to interview her again and the fact that she's one of my favorite authors makes every chance to interview her an absolute fangirl moment. ^.^

I hope you enjoy the interview! 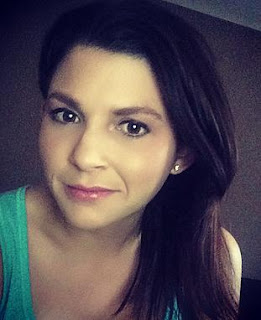 Another Q&A with Meghan March
1. What inspired you to come up with the Dirty Billionaire series?

I was on vacation in the Dominican and I had probably had a little too much coco loco, and this character’s voice popped into my head. It was Creighton Karas, and I wrote the blurb in less than two minutes. I haven’t changed it at all. The books grew from there.

2. If you had a billion dollars but only had twenty-four hours to spend it in, how would you spend all that money?

I’d donate the majority of it to worthy charities, because who can really spend a billion dollars in 24 hours? Then I’d help out my family and make sure they were comfortable and debt-free. And with the rest? Buy a private island in the Caribbean complete with an awesome tropical getaway, a private jet to get me and a killer library with a rolling ladder, because every library needs a ladder.

3. Would you rather be with a nice guy who didn't have much money or an arrogant alpha male who was a billionaire? Why?

For myself personally, I’ll take kindness over dollars any day. I think that’s the most valuable quality any man can possess. Besdies, I’m the kind of woman who would rather earn my own success.

4. What do your readers have to look forward to after the Dirty Billionaire series?

I’m currently working on the fifth book in the Beneath series, and that will release in 2016. More books will also be coming in the Dirty series!

5. Who would you cast in the lead roles if the series were ever made into a movie?

That’s a tough question. I’d love to have my readers vote to cast the movie. I always love hearing who they picture when they’re reading.

6. Do you think people with money have a greater responsibility in making the world better?

I think that we all have the responsibility to make a positive change in the world, but the only person who can hold you accountable is yourself.

7. What's the one word that would describe the Dirty Billionaire series other than that "dirty"?

Fast-paced. It’s a story that will keep you flipping pages.

My sincerest gratitude goes out to Meghan March for taking time out of her busy schedule to answer yet another set of questions from me and to RockStar Lit PR for, as always, facilitating. ♥

Check out my book spotlight for Dirty Billionaire.