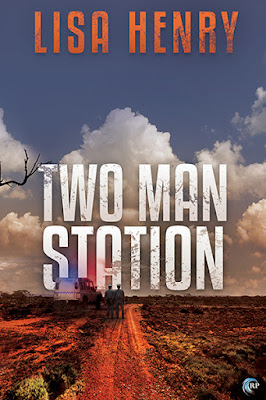 About Two Man Station
Gio Valeri is a big city police officer who’s been transferred to the small outback town of Richmond with his professional reputation in tatters. His transfer is a punishment, and Gio just wants to keep his head down and survive the next two years. No more mistakes. No more complications.

Jason Quinn, officer in charge of Richmond Station, is a single dad struggling with balancing the demands of shift work with the challenges of raising his son. The last thing he needs is a new senior constable with a history of destroying other people’s careers. But like it or not, Jason has to work with Gio.

In a remote two man station hours away from the next town, Gio and Jason have to learn to trust and rely on each another. Close quarters and a growing attraction mean that the lines between professional and personal are blurring. And even in Richmond, being a copper can be dangerous enough without risking their hearts as well.

A Guest Post from Lisa Henry
Hi! I’m Lisa Henry, and welcome to the blog tour for my new release, Two Man Station. I’m visiting some of my favourite blogs around the place to talk a bit about writing Two Man Station, and sharing some of my influences, my ideas, and even an excerpt or two! Don’t forget to leave a comment, for your chance to win a prize of a $20 Riptide voucher plus a small package of Australian goodies that I’ll post worldwide. The winner will be drawn on January 31.

In Two Man Station, I had a lot of fun writing about Taylor, Jason’s ten-year-old son, and his love of Vegemite. This is not a cliché, I swear. Vegemite is amazing and you all don’t know what you’re missing. Vegemite isn’t Taylor’s only favourite Aussie food though—he also loves lamingtons. And lamingtons, unlike Vegemite, are not an acquired taste.

Like all classic Australian foods, we fight with New Zealand about who came up with it first, but we’re going to stick with the story that the first lamington was created in Brisbane in 1901, by the governor Lord Lamington’s chef.

So what is a lamington? It’s basically a small sponge cake covered in chocolate icing, and then rolled in coconut. And, like Taylor knows, it’s delicious. Here’s a recipe you can try:

(Please be aware that the temperatures are in Celsius!) 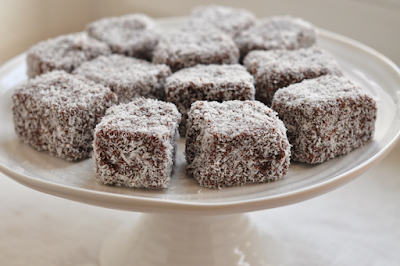 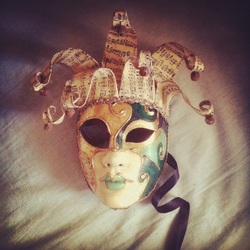 Lisa lives in tropical North Queensland, Australia. She doesn’t know why, because she hates the heat, but she suspects she’s too lazy to move. She spends half her time slaving away as a government minion, and the other half plotting her escape.

She shares her house with too many cats, a green tree frog that swims in the toilet, and as many possums as can break in every night. This is not how she imagined life as a grown-up.

Giveaway
To celebrate the release of Two Man Station, one lucky winner will receive a $20 Riptide credit and a package of Australian goodies! Leave a comment with your contact info to enter the contest. Entries close at midnight, Eastern time, on January 27, 2018. Contest is NOT restricted to U.S. entries. Thanks for following the tour, and don’t forget to leave your contact info!