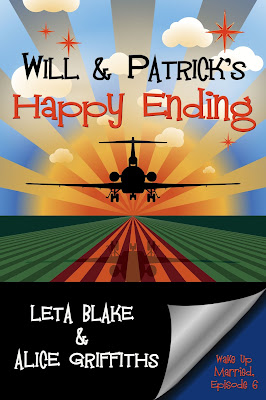 About Will & Patrick's Happy Ending
Follow Will & Patrick in this final installment of the romantic-comedy serial Wake Up Married by best-selling author Leta Blake and newcomer Alice Griffiths!

Sure, Will and Patrick are in love now, but they weren’t when they got married in Vegas. For Patrick, that’s no problem, but Will can’t shake his doubts that a relationship started through coercion can ever become the real deal.

Since the Molinaro crime family has reversed their position on divorce, Will and Patrick have a chance to rectify their drunken mistake. But is divorce the solution? Find out in this final installment of the much-beloved Wake up Married serial.

Episode 6 of 6 in the Wake Up Married serial.

Read my five-plus-starred review of the Wake Up Married serial.

Find the Wake Up Married serial on Goodreads.

An Excerpt from Will & Patrick's Happy Ending
Will leans back heavily in his desk chair and sweat pricks the back of his neck. A tight band squeezes his chest, but he manages to ask, “What do you mean we can get divorced? Did Frankie and his new bride call it quits?”

Eleanora’s throaty chuckle comes through the phone. “No, darling. They’re still madly in love for now. It’s Romeo Molinaro we have to thank for this piece of good fortune.”

Will frowns, mind scrambling through dozens of half-forgotten or never-known relatives.

Zeno is the current boss of the Molinaro family, his father’s uncle, and a terrifying man.

“Unfortunate marriages are going around like the flu in this family. It seems Romeo got hitched to a fetching ragazza. Charming, beautiful, young—the usual. But, as it turns out, also a spy from the Korotayev crime family in New York.” Nonna clucks over the line. “Oh, men. Following the dictates of their little heads always leads to their downfall.”

Bright sunshine screams through the window of the room, ricocheting around and giving Will an instant headache. “If she’s a spy, why arrange a divorce? Why doesn’t Zeno just—” Will drags his finger over his throat even though Nonna can’t see him. “Off her?”

“How like your father!” Eleanora puffs her disapproval. “No, no, darling. That’s no solution. Besides, Romeo begged his father not to kill her. Apparently he’s still smitten. But don’t worry. There will be some other kind of recompense paid, I’m sure. William, the less we know about it all, the better.”

Will exhales slowly. He stands up, turns to the windows behind his desk, and adjusts the blinds, dimming the light. “Romeo’s still in love with her? But he’s going to divorce her anyway?”

“Presumably. Regardless, Zeno’s quote-unquote discovered a loophole in the Trust that smashes through the edict regarding love matches and divorces.”

“Dad knew about this the whole time he was in town, didn’t he? He was just messing with us.”

“We’ll never know for sure, darling. All I know is he told me about Romeo’s situation and Zeno’s solution this morning before his flight out. Regardless, the issue is resolved. You and your doctor are free to handle your marriage as you see fit and Good Works is safe.”

Will stomach knots hard, and he stares at the lines of light the closed blinds leave on his desk. “We could file for divorce immediately? Today?” 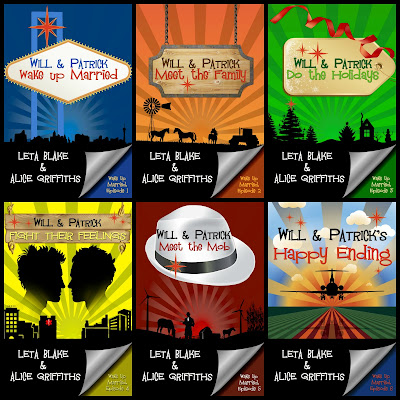 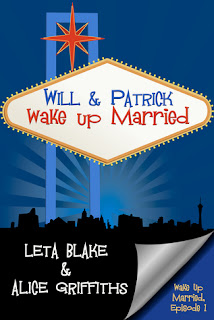 Join the fun in this vibrant first installment of the romantic comedy serial Wake Up Married by best-selling author Leta Blake and newcomer Alice Griffiths!

After a drunken night of hot sex in Vegas, strangers Will Patterson and Dr. Patrick McCloud wake up married. A quickie divorce is the most obvious way out—unless you’re the heir of a staunchly Catholic mafia boss with a draconian position on the sanctity of marriage.

Stuck between a rock and a hard place, Will and Patrick don't like it, or each other, but they have to make the best of it until they can find another way out of their marriage. To ensure the trust fund Will's charitable foundation relies on isn't revoked by his mobster grandfather, he and Patrick travel to Will’s hometown of Healing, South Dakota, posing as a newlywed couple in the throes of true love at first sight.

Complicating their scheme are Will’s unresolved feelings for his all-too-recent ex-boyfriend Ryan, and Patrick’s desire to get back to the only thing that really matters to him in life: neurosurgery. Will they fool everyone? Or will the mafia get wind that their marriage is a fake? Throw their simmering attraction into the mix and all bets are off!

Episode 1 of 6 in the Wake Up Married serial. 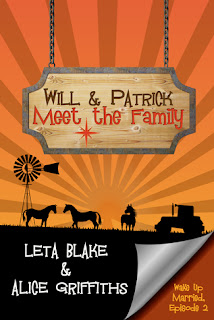 Follow Will & Patrick as they cope with the fallout from their Vegas wedding in this second installment of the romantic-comedy serial Wake Up Married by best-selling author Leta Blake and newcomer Alice Griffiths!

Meeting the family is challenging for every new couple. But for Will and Patrick, the awkward family moments only grow more hilarious—and painful—when they must hide the truth of their predicament from the people they care about most.

Throw in the sexual tension flaring between them, uncomfortable run ins with Will’s all-too-recent ex-boyfriend, an overprotective mobster father, and a mafia spy tailing them around Healing, South Dakota, and you’ve got a recipe for madcap laughs and surprisingly heartwarming feels.

Episode 2 of 6 in the Wake Up Married serial. 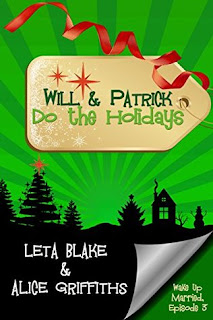 Follow Will & Patrick as they do the holidays in this third installment of the romantic-comedy serial Wake Up Married by best-selling author Leta Blake and newcomer Alice Griffiths!

A couple’s first holiday season is always a special time. Thanksgiving, Christmas, and New Year’s Eve are magical when you’re in love. Too bad Will and Patrick’s marriage is a sham and they’re only faking their affection for each other. Or are they?

Sparks fly in this episode of the Wake Up Married serial. Will the sexual tension between Will and Patrick finally explode in a needy night of passion? Or will they continue to deny their feelings?

Episode 3 of 6 in the Wake Up Married serial. 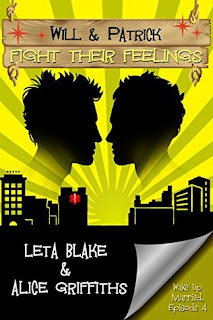 Follow Will & Patrick in this fourth installment of the romantic-comedy serial Wake Up Married by best-selling author Leta Blake and newcomer Alice Griffiths!

Will and Patrick have embraced adding hot sexy-times to their fake marriage, but as their emotions deepen, they confront whether or not they want to be more than friends-with-benefits. Freshly free of a restrictive relationship, Will’s not ready for more than exploratory fun. And no matter how Patrick feels about Will, his own difficult past has left him wary of love.

The heat is high (and occasionally kinky) in this episode of the Wake Up Married serial, but Will and Patrick struggle to accept their mutual affection, much less confess it. How long will they fight their feelings?

Episode 4 of 6 in the Wake Up Married serial. 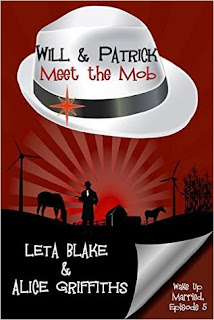 Follow Will & Patrick in this fifth installment of the romantic-comedy serial Wake Up Married by best-selling author Leta Blake and newcomer Alice Griffiths!

Patrick has finally accepted that he's in love with Will, but his newfound determination to do something about that runs up against his father-in-law's mobster plans. Though just what those plans are have as yet to be determined. As far as Will and Patrick can tell, they consist of blowing through town, wreaking small havoc, and turning the Patterson family's lives on end.

Will must face the truth about his family before he can fully come to terms with his feelings for Patrick. And Patrick has to decide if this whackadoodle world is something he truly wants to be part of forever.

Episode 5 of 6 in the Wake Up Married serial.

About Leta Blake and Alice Griffiths 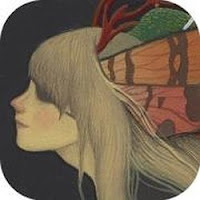 Author of the bestselling book Smoky Mountain Dreams and the fan favorite Training Season, Leta Blake's educational and professional background is in psychology and finance, respectively. However, her passion has always been for writing. She enjoys crafting romance stories and exploring the psyches of made up people. 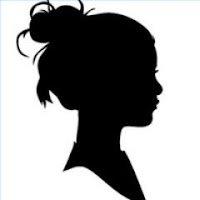 A long-time reader of romance novels, Alice Griffiths finally took the plunge into writing, teaming up with best-selling author Leta Blake for the Woke up Married serialized comedy. A lover of tropes, Alice enjoys mining old ideas and putting a fresh, funny spin on them.

Formerly working in the newspaper industry, Alice is now an art curator. She lives in Sydney, Australia.