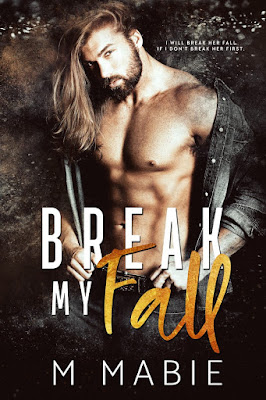 About Break My Fall
"The first time I returned to Lancaster was for my brother's funeral.
The second time was for Myra."

For twelve years, I lived alone in my cabin, building a life with my two bare hands. I was free from their rules, their policies, and their lies.
They are a cult.
My father is their leader.
To protect my brother's widow, I'm making her my wife. It's her only way out.
But drawn to the purity in her deep blue eyes and the innocence of her gentle voice, I wonder if I'm not the biggest monster of them all. I have to save her from them and myself. Because every second I spend with this timid woman, I fight the urge to claim her.
Own her.
Make her truly mine.
And I know it's wrong.
I will break her fall—if I don't break her first. 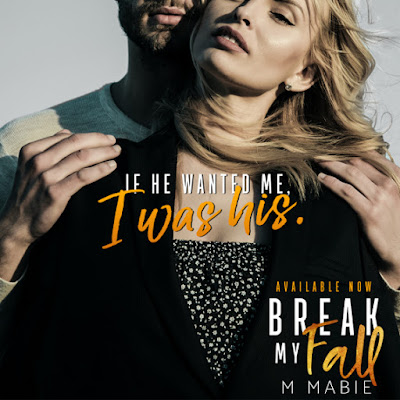 Read my four-starred review of Break My Fall.

Add Break My Fall on Goodreads. 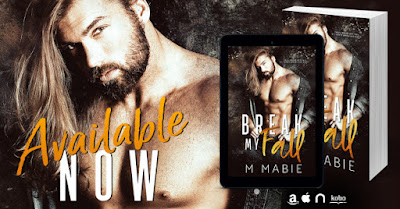 About M. Mabie
M. Mabie lives in Illinois with her husband. She writes everything from steamy romantic comedies to angst-filled, pull your hair out drama. She enjoys it all. With her unconventional love stories, she tries to embody “real-life romance”.

She cares about politics, but will not discuss them in public. She uses the same fork at every meal, watches Wayne’s World while cleaning, and lets her dog sleep on her head. She has always been a writer. In fact, she was born with a pen in her hand, which almost never happens. Almost.