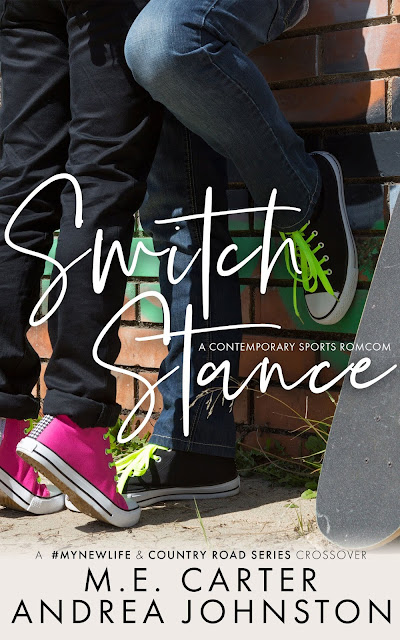 I, Agnes Sylvester, a successful author known as Adeline Snow to the romance community, enjoy the simple things in life: watching the X Games with my childhood friend Todd; taking pictures of interesting buildings; and creating stories based on fantasies about my favorite skateboarder, Spencer Garrison. I’m known for my extreme sports stories, and as long as no one ever figures out he’s my muse, all is well.

But fate has never liked me and now that muse is standing in front of me. Asking me to sign a book.

“Extreme Sports Superstar” is the term the media has used to describe me over the years. I prefer to just be Spencer Garrison, a small-town guy who happens to ride a skateboard for a living and is known for philanthropy.

Nearing retirement, I’m focusing on my non-profit efforts and building a life outside of a professional athlete. My agent won’t let me retire in peace and consequently, a talented and kindhearted woman stumbles her way into my life. 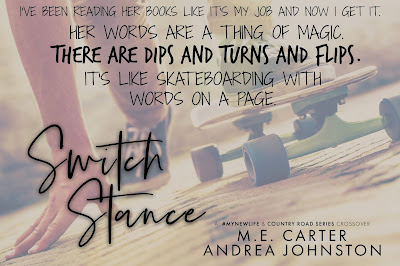 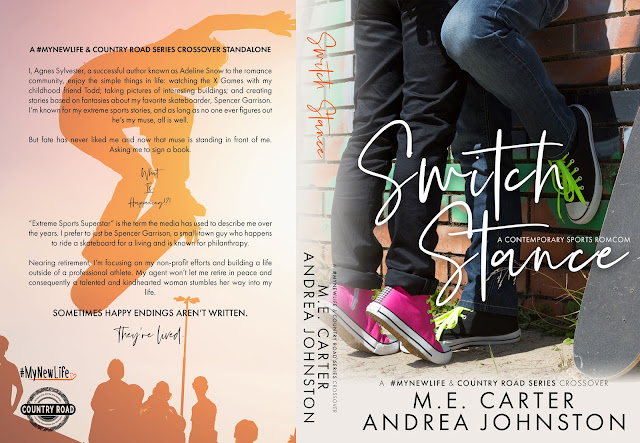 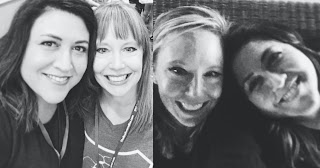 M.E. Carter and Andrea Johnston are romance writers who have come together to bring you a fun sports romantic comedy! Combining their sense of humor, beliefs in love, and sarcasm, this writing duo has crossed over two of their most popular series—the #MyNewLife and Country Road Series with the sole purpose of bringing laughter and love to their readers while tapping into their charitable hearts. That's right, 50% of all e-book sales for the month of September 2018 will be donated to charity. The chosen charity is The A.skate Foundation. A.skate's Mission Statement says it all:  A.skate - Autism. Skating with Kids through Acceptance, Therapy, and Education.

For more on The A.skate Foundation visit http://askate.org.

So, if you're looking for a light sports romantic comedy about a quirky romance author who (literally) stumbles across her muse and finds out he's all that and a bag of chips, then this is for you! Help spread the word and raise money to support an amazing cause.