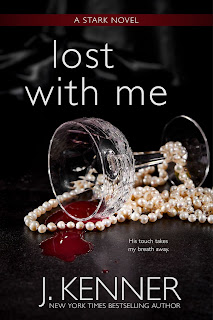 Nikki Fairchild Stark looks like she leads a charmed life. She's married to Damian Stark, a self-made multi-billionaire known for his success on the tennis court before becoming a business mogul as well as for his gorgeous looks. They have two beautiful daughters, Lara and Anne, as well as close-knit and trusted circle of friends who are more like family. But both Nikki and Damian have dark pasts, and there are some who begrudge them the good fortune they enjoy. When one of their daughters is kidnapped, the list of suspects is long and varied, with most of the names all too familiar to their family. Could they have allowed someone to get too close to them--close enough to do them harm or could someone with an ax to grind with either Damian or Nikki have decided that it was time for revenge?

Damian and Nikki Stark are one of those fictional couples that many fans and readers can't quite get enough of, so whenever J. Kenner releases either a full-length novel or a new novella, it's snapped up quickly. With the latest release, Lost with Me, the Starks are forced to face a nightmare that they're desperate to awaken from--the taking of their daughter. While kidnapping is something I definitely do NOT advocate in real life, I appreciated its use in this story as a way of highlighting that no matter how much money Damian and Nikki may have had, there were certain things that no amount of their billions could easily fix. That kidnapping also became something that was driving a wedge of sorts between the husband and wife, but it also was the thing that brought them much closer.

This may sound weird but I like that Damien and Nikki both have this element of darkness to their personal histories. They aren't these picture perfect people or one being this idealistic individual who becomes the inspiration for the damaged one to change. Nope, these two have the kind of relationship where they truly are each other's greatest source of support and they give one another the sort of release that no one else possibly could. There are also moments where they're frustrated by the actions of the other, and it helps to make their relationship feel more real. Lost with Me doesn't tie up all loose ends, and it's whetting my appetite quite nicely for the much awaited release of Damien next year. I am giving this fifth novel 4.5 stars and am excited for more Stark! ♥

Read my reviews for the Stark series:

Purchase Lost with Me on Amazon | Apple Books | B&N | Kobo.