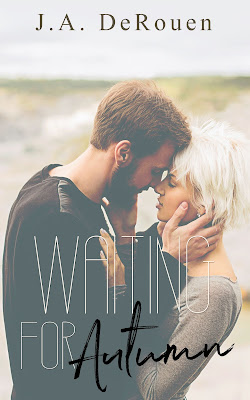 About Waiting for Autumn
Sebastian
“Race me for it.”
Four simple words. Five desolate years.

Sebastian Kelly believes he isn’t worthy of redemption, of a chance to right his wrongs. But an unexpected trip home, the place he dreads most, calls in question everything he’s come to believe. And who knows, he may find exactly what he’s been waiting for.

Autumn Norris knew in an instant her life would never be the same. Years have flown by in a flurry of sparkles and dress up, and Autumn has refused to let the anchor of regret pull her under.

Until she lays eyes on Sebastian, and the wave of why, where, and how could you flood her every thought.

Old hurt and new betrayal twist first love into a reluctant partnership, and theirs may be a bond even pigtails and butterfly kisses can’t mend. But the past five years have felt like a lifetime, and Seb is willing to wait as long as it takes.

Because the truth is, he’s always been waiting for Autumn. 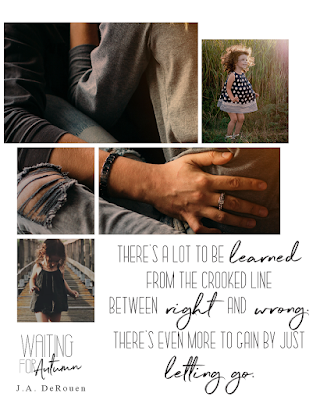 Read my five-starred review of Waiting for Autumn.

Add Waiting for Autumn on Goodreads. 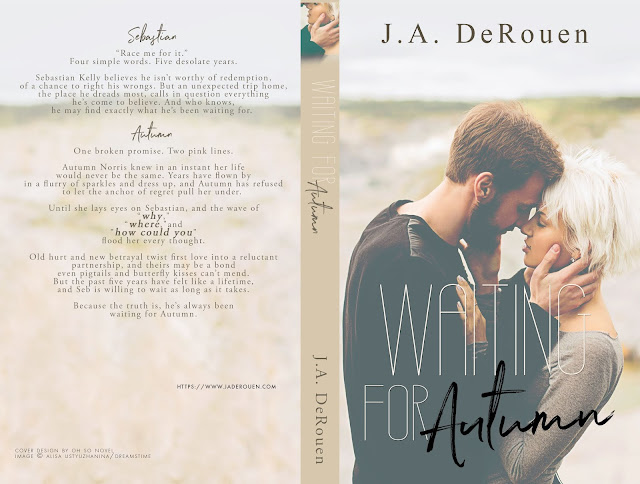 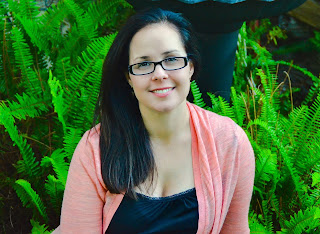 J.A. DeRouen lives in South Louisiana with her husband, son (aptly nicknamed "The Professor"), and her furry friend, Scout. She has a bachelor’s degrees in psychology and nursing. When she's not writing or inhaling romance novels by the stack, she works as a women's health nurse. She’s been an avid reader and daydreamer since childhood, and she's never stopped turning the page to get to the next happily ever after.