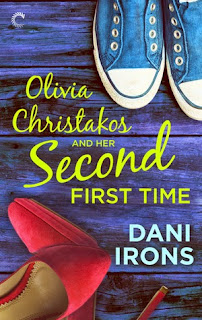 Olivia Christakos has no clue who she is, having woken up from a coma after suffering injuries after a car struck her head-on. She's surrounded by her parents, younger sister, and boyfriend Wyatt Rosen, but she doesn't feel any affinity to any of them. As she tries to recover from physically and mentally, Olivia is beginning to wonder what kind of person she was and what kind of life she led prior to her accident. Wyatt is giving her mixed signals, leaving her unsure about certain details he gives her about their five-year relationship.

When her memory suddenly returns, Olivia needs to figure out if she wants to go back to being the girl she once was, aimlessly floating as life passes her by, or if she's finally ready to grow up and take responsibility for her actions and begin to become the young woman with a life filled with possibilities. Whichever path she chooses, she's going to have to leave certain things and people behind and deciding whether Wyatt is someone she should be moving forward with may be the one of the more difficult decisions she needs to make.

Olivia Christakos and Her Second First Time is a standalone new adult (NA) novel by Dani Irons, with the title character experiencing amnesia after an accident and trying to get answers to her many questions about her life is much harder than she thought possible, especially when the people around her are somewhat evasive. The fact is, when she was Liv, Olivia wasn't exactly the nicest person and I fully understand why her losing her memory would make other people think that it was the perfect opportunity, not just for her, but for everyone concerned to have a fresh start of sorts. Of course, Olivia is the only one who doesn't remember and everyone else does, so starting over can often become even more difficult, especially when it's hard to let go of Olivia's past mistakes and transgressions.

Honestly, I found it difficult to like Olivia, with or without the memory loss. The flashbacks didn't paint her as a particularly likable person either, especially when it came to Wyatt, and I couldn't fathom why this poor guy would have even a teeny tiny bit of positive emotion toward her. When details of what she did to her family, especially her parents, were revealed, I was floored, but there is a saying in my country that children may turn their backs on their parents but parents can never turn their backs on their children. Of course, I don't think that's necessarily one hundred percent true but that's a discussion for another time. Let's just say that Olivia did have a handful of good moments and she does redeem herself, but I certainly wouldn't vote for her as my favorite fictional heroine for 2015.

Even with my not liking Olivia a whole lot, the story itself was interesting and we get to have a better understanding of the history between Olivia and Wyatt because of the use of the flashbacks. The story makes you wonder what you would do in the situation the characters found themselves in. If you were Olivia, would you still want to discover the truth about yourself, even if it would mean learning that you were not-so-nice? Would you take the same drastic and desperate measures the people around Olivia took in order to start anew? One of the surprises in the story is the "mastermind" behind what happened after Olivia regained consciousness from her coma. I was so not expecting that revelation! All in all, Olivia Christakos and Her Second First Time was a good book and gets four out of five stars. ♥