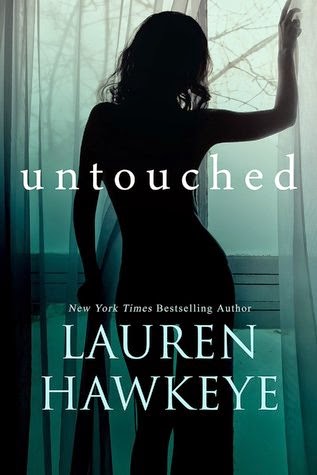 Note: This ebook was provided by INscribe Digital via NetGalley in exchange for an honest review.

Untouched is the first full-length novel but the second release, following the prequel, in the Florence, Arizona series by Lauren Hawkeye. Here we have Alexa Kendrick, the long-lost half-sister of Ellie Kendrick, the female lead character from the prequel, and her journey to uncovering memories from both her distant and more recent past. In the process, she must learn to accept certain truths that will undeniably change her life.

Alexa Kendrick survived a car accident that she has no memory of but has the scars to prove that she had survived something horrendous. Since then, she's felt lost, not even being to muster the inspiration to work on her art. Her mother is understandably overprotective and Alexa is fine with the status quo of her life until she meets a woman who introduces herself as her sister. Alexa's curiosity is piqued and she decides she needs to learn more and goes to Florence, Arizona.

Once she arrives in town, Alexa's thrown for a loop as her sister rushes off to attend to a family emergency involving her in-laws and leaves the flower shop she owns for Alexa to manage. Immediately feeling anxious and stressed, the one bright thing for Alexa is that she's inspired to sketch some of the people she comes across. The one who catches her eye and interest the most is a tired looking but handsome penitentiary officer named Nick Fury.

There's something about Alexa that pulls Nick in and vice-versa. Maybe it's that they've both experienced traumatic events that have changed them. While Alexa wants to remember what happened to her, Nick would rather forget the memories that still haunt him. When they're together, everything feels right, but their lives are more entwined than you would think and when their connection to one another comes to light, their fledgling relationship could very well suffer.

I enjoyed reading this book and liked the mystery thriller aspect to it. I didn't figure out the twist until I was more than halfway into the story and that's a definite plus because that means I was kept guessing for a good while. The story stayed interesting from start to finish and I was all for the pacing of Alexa and Nick's relationship, mainly because of what they had gone through together. There were a few editing boo-boos but nothing overly distracting. Untouched was an overall good read and I'm giving it four stars! ♥

Grab a copy of Untouched from Amazon | Barnes & Noble | Kobo.