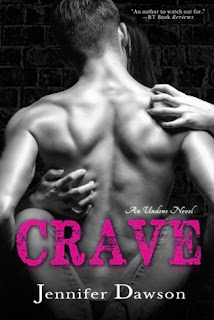 It's been eighteen months since Layla Hunter's beloved fiancé John was murdered in a dark alley way. Her nightmares are filled with memories of her helpless, watching him bleed out. She goes to the one place where her punishment can be doled out but according to the rules that she sets in place. But no one can give her what John did and the craving for the pain mixed with pleasure is something she never expects to find again...until she locks eyes with a man who she instinctively knows can fulfill her needs and wants, and that's more than someone like her deserves. Layla knows she needs to distance herself from Michael Banks, but he tempts her in ways that have her craving not just the pain and the pleasure but also the man who could change her life. How can she let someone else into her heart when it's still occupied by another?

Layla is a shell of the vibrant woman she once was. Her heart belonged to no one else but John for so long that the loss of him in her life has broken her in ways that her family and friends feel helpless to understand. With Michael, she's both excited and afraid of what being with him means. She's been loyal to John even after his death, with her emotions being locked away and her body being the only thing that receives temporary release from the one-time hook-ups she engages in. Michael doesn't just fulfill her sexual needs, but he's able to provide her with the love, acceptance, and understanding that she needs but isn't exactly actively looking for until he comes along. Theirs isn't just about lust, dominance, and submission, but it's also about care and respect and earning one's trust and then giving your own in return.