Release Blitz: Dead in the Water by Britney King 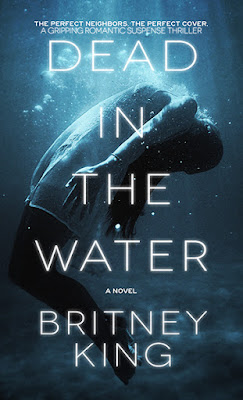 He’s a contract killer. She likes to even the score. Smack dab in the middle of suburbia, few married couples are as competitive as Jude and Kate.

But then, most married couples don't keep score in the form of body counts. Each hell-bent on a silent pact to out-do the other, the games begin.

Who ends up on top is anyone’s guess. But with these two, one thing’s for sure— not everyone comes out alive.

After all, there are a few things they can agree on: All is fair in love and war. And if they can’t make it work— they’re dead in the water.

Read my five-plus-starred review of Dead in the Water.

Add Dead in the Water on Goodreads. 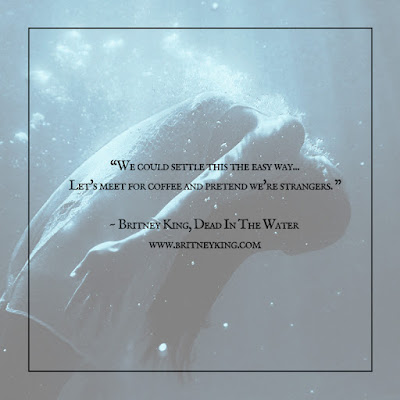 An Excerpt from Dead in the Water
“Cheers,” I offer, but it sounds like ‘fuck you,’ which it is, and I hate that we haven’t touched glasses. It’s bad luck, and certainly we don’t need any of that. You don’t seem concerned with luck though, because in two short strides you are standing in front of me, and your eyes are dark. You swallow hard, and this intensity, it kills me. You don’t say anything, and I hate the silence between us. Maybe you’re trying to send a message. Maybe you’re into telepathy; I’m not sure. But I’m not afraid of this side of you, Jude. It’s always been the best part. And so when you push me against the wall, I go willingly. At least at first. Because I know you, and you’ve always enjoyed a bit of a fight. 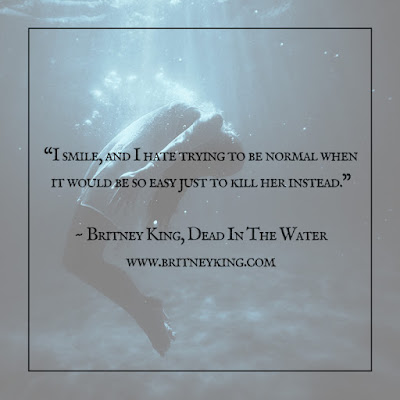 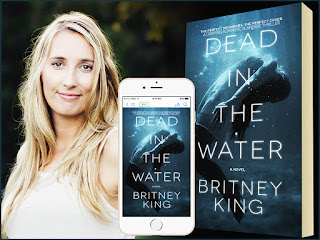 Britney is the author of eight novels and is currently at work on number nine.

She lives in Austin, Texas with her husband, children, two dogs, one ridiculous cat and a partridge in a pear tree.