Release Blitz: To Have It All by B.N. Toler 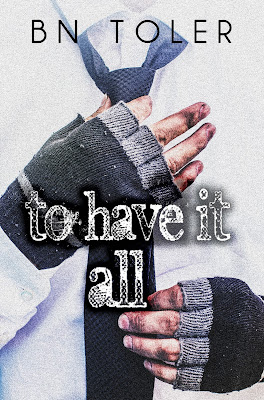 About To Have It All
Rock bottom.

Liam had set up shop there.

After an accident left him injured and unable to work, it wasn’t long before he ended up on the street with his dreams in the gutter.

This was his life.

Until the day he met Max Porter—a man who appeared to have it all. They didn’t meet so much as made eye contact as Max sneered at Liam, the bum occupying precious space on the sullied New York City street.

When Max stepped into oncoming traffic, a lesser man might’ve let him. But Liam risked his life to save Max only to be left to die without a second thought.

When Liam woke up days later, he wasn’t himself…at least he wasn’t in his body.

And with Liam’s body on life support, there was only one logical conclusion: Max was trapped in Liam’s comatose body.

Somehow the twisted hands of fate had given Liam a second chance; a chance to have it all. But with all the perks of Max’s life also came his problems. Finding balance in his new identity was challenged more so once Liam fell for Waverly, Max’s beautiful ex.

Could Liam live out his life as another man or would he pull the plug and let fate decide?

Would he lose his chance at true love?

Would he lose the chance to have it all? 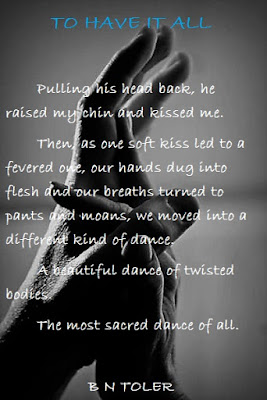 Read my 4.5-starred review of To Have It All.

Add To Have It All on Goodreads.

An Excerpt from To Have It All
Scooting up, his body was gloved to mine, his mouth to my ear as he reached around me and pulled my left hand, placing it over the shifter, then he took my right hand and settled it over the throttle. “Think of this like a dance,” he instructed me, his voice husky. “Dance involves steps, coordination, knowing your partner. This isn’t much different.”

“Says you,” I griped. “This is hardly a dance partner. This is a death trap that could kill us.”

He chuckled, the sound low and deep, making my core clench. “You’re sitting on over five-hundred pounds of machinery here. Think about how much time and effort went into building this; the way someone had to know this bike so intricately to put it all together and make it move.”

“Just because they knew it doesn’t mean I do.” I appreciated the intricacy of the bike, but appreciating and driving it were very different things.

“I just mean there’s power here. You can make these 500 pounds of metal move if you want it to, if you trust yourself enough.”

He left my hands and softly ran his fingers up my arms to my shoulders. “It lives and moves so long as you let it, so long as you lead it, just like a good dance partner. Don’t think about the moves you need to make . . . feel them. Let the bike tell you when it’s time to shift.”

His fingers glided down my sides until they took a firm hold of my waist causing my breath to hitch as my back arched slightly. “It’s give and release, Waverly,” he went on, his voice deep and gravely. “You have to feel when it’s time to give and when it’s time to let go.”

Darting my tongue out, I wet my dry lips. How did he make shifting gears sound so hot? How in the heck was I supposed to manage this machine with Liam murmuring sexual innuendo in my ear? I wished I could somehow turn around and take him on the bike.

“I hadn’t thought of that.” His body shook as he continued to laugh.

“I guess your mind isn’t as dirty as mine.” I shrugged.

“I guess not. What would the film title be?” he queried.

I twisted my mouth in thought. In my sexiest voice, I twisted my neck so he could see me as I pouted my mouth, “Shifting the Panhead. When good girls learn to ride.”

He choked he was laughing so hard. When he could form words again, he coughed out, “That does sound pretty dirty when you say it like that.”

“Anything can sound dirty when you say it the right way,” I quipped. “Sky,” I moaned. “Concrete,” I continued.

“Okay, okay,” he begged before clearing his throat. “Stop stalling your lesson with your dirty mind and your defiling of perfectly unperverted words.”

I wiggled my ass again. “You love how I defiled the word concrete. Admit it.”

“You keep shimmying your ass like that, this lesson is going to have to end while I go jump in the water.” 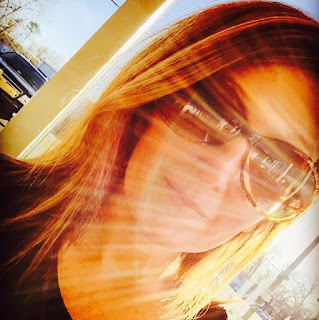 B.N. Toler lives in Virginia. When she's not reading and writing, she's thinking about reading and writing. Before she became a self-proclaimed writer, she worked as a real estate agent and as an orthodontic technician. **She will notice your teeth before your eyes or hair or anything.**

She enjoys shopping (way too much) and is on a first name basis with several employees at the local Target in her town.

She loves music,(bluegrass, country, 80's, actually she loves most music (her favorite song is American Pie by Don McLean and she worships anything that is Elvis and Johnny Cash and Eric Church), dancing, (even though she sucks at it) reading, writing, eating (too much) sleeping late, (which she rarely gets to do), and laughing. If you can make her laugh, she will love you forever.

Random and insignificant facts:
She is addicted to Coca Cola.
She hates onions.
She loves thunderstorms.
She wants to have Karen Marie Moning's babies.
She curses....a lot...like way too much.
She's immensely afraid of snakes.
She fangirls over M. Pierce.
She HATES reality television.
She loves books and movies that make her cry.
She cries over anything remotely sad.
She LOVES Jack Daniels and Ginger Ale (too much).
She hopes she hasn't bored you to death.