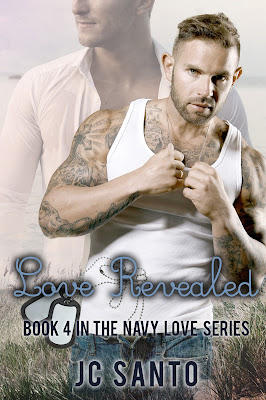 About Love Revealed
Two men brought together by chance. What was only supposed to be a one night stand evolves, and now two years later, they’ve found something in one another that they’ve never had with anyone else.

Marshall Stevenson has always lived his life in the open, never answering to anyone. He owns his own successful business and has a loving family and a supportive group of friends. The one thing he wants and doesn’t have, is a real relationship. The man he’s been seeing for the past two years, has pressed to keep their causal relationship a secret due to his own insecurities; however, Marshall is ready for that to change.

Preston Clark has lived the last five years of his life afraid of people judging his sexuality. The secrecy isn’t ideal, but he has come to terms with it. His career in the Navy has been his main focus after leaving home, but Marshall changes everything. In order to be with Marshall and become the man he’s meant to be, Preston must face the past he’s been running from.

Can Marshall convince Preston to face his fears? Or will the combination of facing them and his past cause him to run away from his future?

Falling in love was easy, revealing it to the world will be the hard part.

This book is intended for mature audiences (18 and up). It does contain explicit language and detailed sexual scenes. 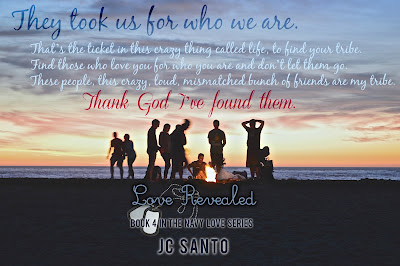 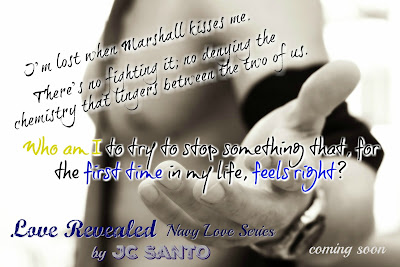 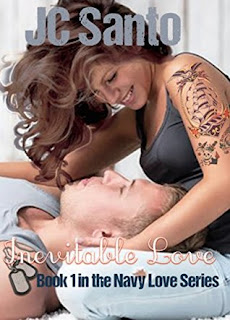 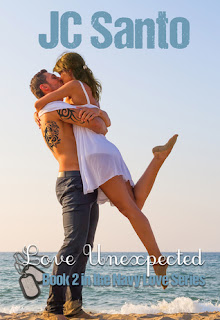 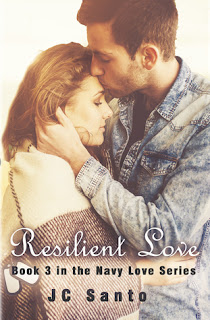 Inevitable Love (book one)
Sometimes the things we fight hardest against are inevitable in the end.

Hunter Stevenson wasn't interested in wasting nights with bed warmers, he had a daughter to take care of and a life to build. Leaving behind the mother of his four year old child and her incessant partying, Hunter moves closer to his family to help provide Sawyer some stability.

Tessa Daniels didn’t share the ‘typical American dream’ like most girls. A husband, 2.5 kids, and a white picket fence weren’t the things she wanted for herself. She had a plan laid out, which included a career in the Navy and being surrounded by her best friends. She was perfectly content with her carefree, fun lifestyle and her casual relationships, but all of that changed when she met him.

What neither of them expected was a nosy brother and best friend with some serious matchmaking skills. The two have an instantaneous pull towards one another, they can’t fight the spark even though they both do. Until one drunken night, Tessa throws herself at Hunter, only to face an agonizing rejection. However, Hunter’s gentlemanly facade doesn’t last with the sassy sailor girl, his alpha attitude quickly emerges in the midst of their sexual tensions.

Hunter refuses to be another one of Tessa’s casual hook-ups, and won’t allow her to run away from the idea of ‘them’. No matter how many obstacles stand in their way of a happily ever after. Now he must convince Tessa that their inevitable love is worth fighting for.

Can their newfound love survive the stress of an impending deployment and Hunter's past pushing it's way back into his life?

Love Unexpected (book two)
Sometimes the unexpected things in life turn out to be the most worthwhile.

Tegan Daniels is a twenty-one year old college student and a hopeless romantic. She knows her prince charming will eventually find her one day. Someone must be playing a warped joke on her when he comes into her life; Her perfect man with one huge character flaw–he despises love.

Charles Reed has never been a commitment type of man, except when it comes to his loyalty to the U.S. Navy. When a close friend’s sister moves to town he starts doubting his phobia of relationships. What he doesn't expect is for her innocence to make him question everything in his life and from his past.

He never anticipated a girl like her would come into his life. She never thought she’d have to convince her dream man to give them a shot.

Sometimes the things we want most, require the most fighting for. Love is something unwanted by him and something desired by her; Neither expect to fall for the other.

Will this unexpected love end in their happily ever after?

Resilient Love (book three)
How much hurt can one love go through?

An ill mother, a devastating secret and depression. These are now daily battles Joanna Fuentes deals with.

She sat on the sidelines and watched her friends find love, even the ones who weren’t searching for it. J.C. was meant to be a distraction from her mother’s illness, something for fun to pass the time. She never expected him to be her happily ever after.

Jared Collins enjoyed the single life. Yes, he’d always had the hots for a fellow sailor and friend, Jo, but he never thought he’d act on those physical feelings. And he damn sure didn’t think she’d be a game changer when he finally gave into those feelings.

What started off as two friends and a couple drunken nights, escalated into something more; Love. But secrets, unspoken feelings and one huge fight has caused a riff in the once unbreakable friendship of J.C. and Jo.

Will J.C. be able to repair the damage not only to their friendship but also their future relationship? Is he able to be the man Jo needs to pull her out of the depths of despair she’s fallen into?

One thing is certain, it will take a resilient kind of love. 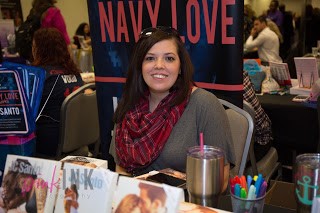 I'm a southern girl, born and raised in Texas, until my husband enlisted in the Navy and we were relocated to Virginia. I'm a stay at home mom to three boys, so my days are pretty packed. When I'm not reading or chasing around kiddos, I'm on my computer writing.

I have a weakness for cupcakes and tattoos–my two addictions other than my handsome boys. 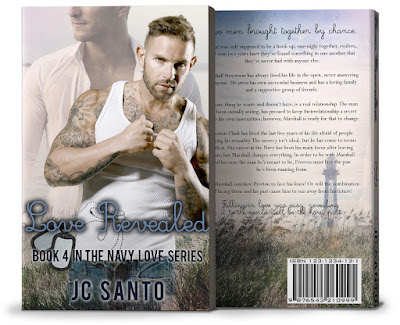