Book Spotlight: This Piece of My Soul by Robyn M. Ryan 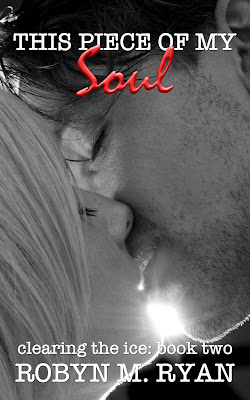 About This Piece of My Soul
They believe love conquers all.

One of pro-hockey’s golden couples, Andrew and Caryn Chadwick live in the limelight reserved for elite professional athletes. On their second anniversary, Andrew receives an unexpected contract offer to join the Tampa Suns. As they look forward to a new adventure, neither foresees an event that challenges their love and threatens their marriage.

A sudden and senseless accident threatens Andrew’s life and inexplicably drives a wedge between the couple. Shattered by the incident, paralyzed by fear that it could happen again, Caryn finds herself at odds with her husband and unable to provide the support he needs—at the time he is most vulnerable.

As their perfect world crumbles, each makes choices that take Andrew and Caryn further apart. Distrust, fears, and secrets construct walls. This Piece of My Soul follows the joint and separate paths the couple navigate as each hopes to rediscover the love that can conquer all. 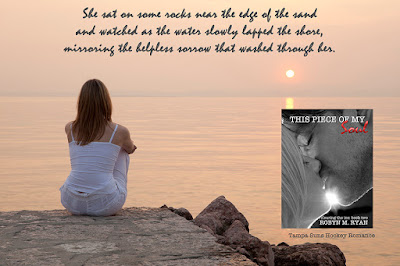 Follow the This Piece of My Soul blog tour.

Add This Piece of My Soul on Goodreads.

Find the Clearing the Ice series on Goodreads. 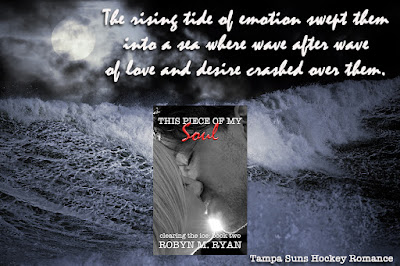 An Excerpt from This Piece of My Soul
Andrew gathered Caryn close to his side when they stepped inside the elevator and pressed the button to his floor. Caryn squeezed his hand during the brief ride. Once inside his room, he sank gratefully onto a chair and absently rubbed the back of his head.

“Can I get you anything? Are you allowed an evening beer?” Caryn offered.

“Did Tom bring any wine over?”

“Good, why don’t you get a bottle and a glass? We can share and stay within doctor’s orders.”

He watched as Caryn retrieved a bottle from the small refrigerator and opened the drawer looking for a corkscrew. She looked over her shoulder to flash a smile. “Sorry, no wine glasses.”

“No problem.” He couldn’t take his eyes off her. Even in shorts and a slightly sweaty Suns T-shirt, she sparked a familiar fire in his body. His hands itched to free the golden hair from its low ponytail and run his fingers through it. Her familiar citrus scent stirred intense memories of showers they’d shared and he longed to skim his lips across her skin. She leaned to brush her lips against his before she perched on the arm of his chair. Her sparkling amber eyes issued an invitation that matched his thoughts as she handed him the bottle and corkscrew.

“Only have the one bottle. You’re the expert.”

He opened the bottle and poured a small amount of wine into the glass she held. Putting his arm around her, his eyes held hers captive. “To our love.”

“Our love,” Caryn whispered, her voice suddenly choked. She sipped the wine, her eyes never leaving Andrew’s, then handed the glass to him. He set it, the wine bottle and corkscrew on the table, and then he closed his arms around her, drawing her onto his lap as his lips sought hers.

“Caryn, I love you so much.” The rising tide of emotion swept them into a sea where wave after wave of love and desire crashed over them. After an eternity, Andrew pulled back slightly, smiling softly when he saw Caryn’s flushed cheeks. She reached to tenderly stroke the hair on the side of his head.

“I love you, Drew. More than you’ll ever know.” Her voice was a hoarse whisper. She shook her head as her eyes filled with tears. “I was so afraid I’d lose you.”

He caught her hand and pressed her palm against his lips. “Never.” As his fingers played with the edge of her T-shirt, Caryn’s hands gripped his shoulders tightly. He captured her gasp of pleasure with his mouth, and closed his mind to everything except the onrushing waves of desire that continued to crash around them. She murmured a protest when he pulled back slightly, but Andrew didn’t speak. He caught her eyes, almost dark brown with desire and nodded his head toward the bedroom. Caryn smiled in understanding as she stepped from his lap and held out her hand. 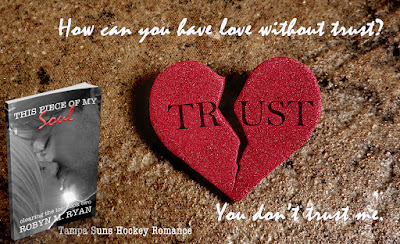 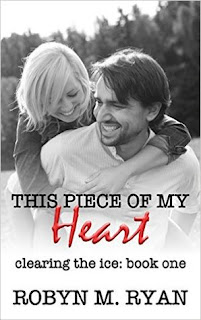 She wasn’t looking for love.

Struggling to live up to the high expectations of overprotective parents and a hefty family name, Caryn Stevens only wants one Summer of Fun before she focuses on finishing her college degree. She knows her destiny—to lead her dad’s multi-million dollar business. But that plan changes forever the day she runs into—literally—sexy and single professional hockey player, Andrew Chadwick.

But love came looking for her.

Sparks instantly fly between the two, and Caryn can’t resist his charms as she discovers that Andrew has a reputation for winning—both on and off the ice. One of the most eligible singles in Toronto, Andrew could have any woman he wants, and he’s got Caryn in his sights. But, when Caryn’s parents disapprove of the match and threaten to disinherit her and his hockey team trades him to a new city, it may take more than love for the couple to survive this penalty play. 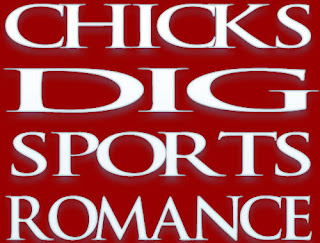 By the time she was an eight-year-old tomboy growing up in the suburbs of Chicago, Robyn M. Ryan definitely knew what she wanted to do when she grew up—play major league baseball or write. She wrote throughout elementary and high school, first composing novels featuring favorite TV and music personalities, and then venturing into sports writing.

Attending UGA’s journalism school launched her career in public relations, which included an internship with the Atlanta Flames NHL hockey team. With the encouragement of a writers group on twitter—WritersThatChat—This Piece of My Heart, a hockey romance, and the first book in Robyn’s series Clearing the Ice was published May 2016. The second book in the series, This Piece of My Soul, introduces the Tampa Suns professional hockey team.

Besides writing, Robyn’s passions include following the New York Rangers, NASCAR, and the Atlanta Braves; splitting time between homes in Atlanta and Palm Coast, and visiting Paris as often as possible. Two brilliant Westies rule both homes.

As do many writers, Robyn chooses to write using a pseudonym—hers is a combination of her sons’ names, a contribution from her youngest nephew.