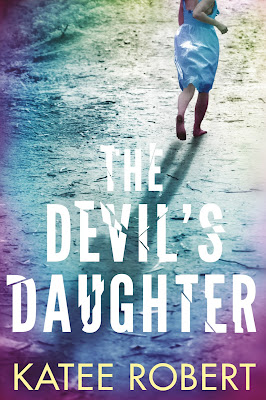 About The Devil's Daughter
FBI agent, Eden Collins is going home... to catch a killer.  Fans of Audrey Harte’s It Takes One and Kendra Elliott's Bone Secrets series, will devour The Devil’s Daughter, the fast-paced and suspenseful first book, in the Hidden Sins series by New York Times and USA Today bestselling author Katee Robert.

Growing up in a small town isn’t easy, especially when you’re the daughter of a local cult leader. Ten years ago, Eden Collins left Clear Springs, Montana, and never once looked back. But when the bodies of murdered young women surface, their corpses violated and marked with tattoos worn by her mother’s followers, Eden, now an FBI agent, can’t turn a blind eye. To catch the killer, she’s going to have to return to the fold.

Sheriff Zach Owens isn’t comfortable putting Eden in danger, even if she is an elite agent. And he certainly wasn’t expecting to be so attracted to her. As calm and cool as she appears, he knows this can’t be a happy homecoming. Zach wants to protect her—from her mother, the cult, and the evil that lurks behind its locked gates. But Eden is his only key to the tight-lipped group, and she may just be closer to the killer than either one of them suspects… 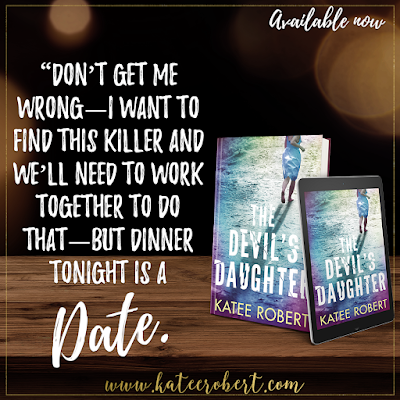 Read my five-plus-starred review of The Devil's Daughter.

Add The Devil's Daughter on Goodreads. 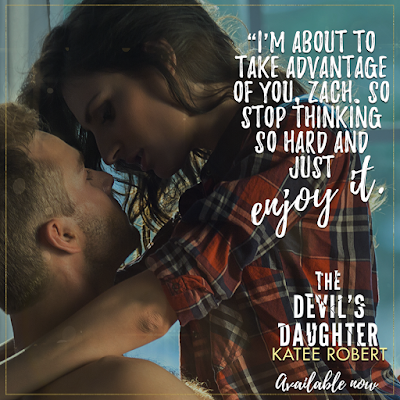 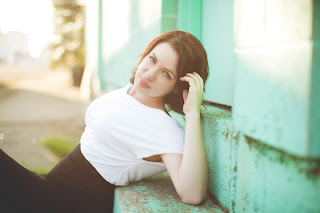 New York Times and USA Today bestselling author Katee Robert learned to tell her stories at her grandpa’s knee. She found romance novels at age twelve and it changed her life. When not writing sexy contemporary and speculative fiction romance novels, she spends her time playing imaginary games with her wee ones, driving her husband batty with what-if questions, and planning for the inevitable zombie apocalypse.