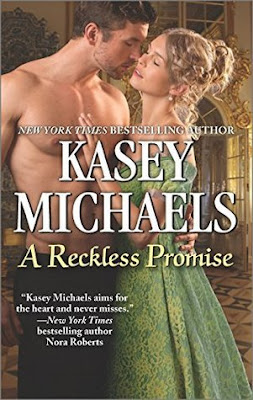 About A Reckless Promise
London's Little Season has never been so scandalous...

It's the kind of vow often made on the battlefield. Darby Travers, Viscount Nailbourne, never imagines he'll have to honor it. Yet here she is on his doorstep—his late comrade's young daughter, and Darby's new ward. Worse, she comes with the most overprotective, mistrustful, bothersome chaperone—the child's aunt, Sadie Grace Boxer. Darby is quite sure that behind her lovely facade, the woman is guarding a secret.

Sadie Grace faced many trials working in her brother's surgery, but none prepared her for the world she's thrust into with his passing. Navigating the ton, with its endless ball gowns and parade of parties, is difficult enough, but hiding the truth about her niece while the sophisticated Viscount watches her every move proves nearly impossible—particularly when his searing gaze tempts her to bare all. But when her family's past catches up with her, she'll have to trust in Darby…no matter the cost to her heart.

Add A Reckless Promise on Goodreads. 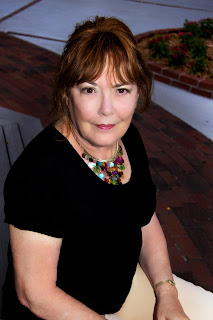 Kasey Michaels is the New York Times and USA Today bestselling author of more than 110 books (she doesn't count them). Kasey has received four coveted Starred Reviews from Publishers Weekly, three for historical romance, The Secrets of the Heart, The Butler Did It, and A Gentleman By Any Other Name, and for the contemporary romance Love to Love You Baby. She is a recipient of the RITA, a Waldenbooks and Bookrak Bestseller award, and many awards from Romantic Times magazine, including a Career Achievement award for her Regency era historical romances. She is an Honor Roll author in Romance Writers of America, Inc. (RWA), and is a past president of Novelists, Inc. (NINC), the only international writers organization devoted solely to the needs of multi-published authors.