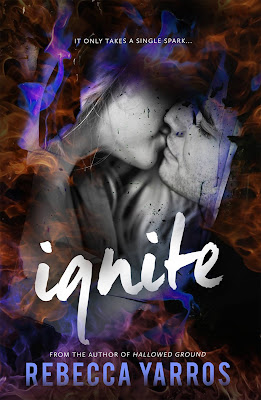 In Legacy, Colorado, I buried my father alongside his elite Hotshot team.
Ten years later, I’ve followed in his footsteps—fighting fires in the mountains of Alaska with my brother.
Amid the flames, nothing ignites me like Avery Claire.
She’s stubborn, strong, sexy as hell, and my best friend.
She also has no idea that I’m in love with her.
But Colorado is calling me home, needing every Legacy-born firefighter to successfully rebuild our fathers’ team.
One night will change everything between us,
But she’s tied to Alaska and my future is in Colorado.
Now I’m torn between what my honor demands,
And what my heart can’t live without. 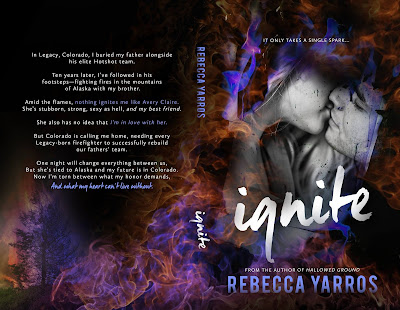 Read my five-plus-starred review of Ignite. 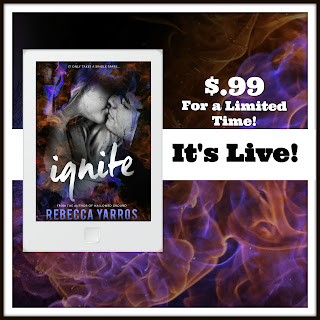 About the Legacy series 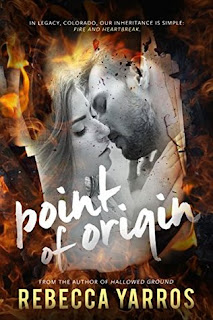 About Point of Origin (prequel one) - Date Released: March 6, 2016
In Legacy, Colorado, our inheritance is simple: Fire and Heartbreak.
Sebastian Vargas…he’s both.
He was my best friend. My first love. My everything.
Until he was my nothing.
It’s been ten years since the wildfire that turned our small town to ashes, taking the lives of our fathers and their elite hotshot crew.
Six years since Bash disappeared with my heart.
No explanation. No goodbye.
But now he’s home, fighting to resurrect the very thing that destroyed us both.
One look, and I’m breathless.
One touch, and he’s relentless.
And I’m not careful, he’ll burn me to the ground again. 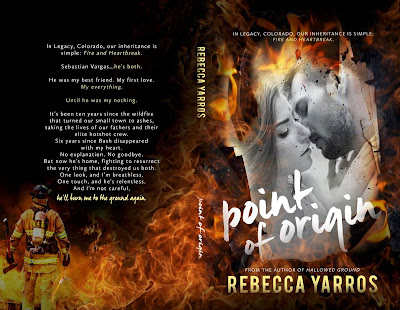 Read my five-plus-starred review of Point of Origin.

Add Point of Origin on Goodreads. 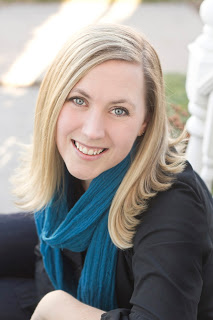 When she's not writing, she's tying hockey skates for her four sons, sneaking in some guitar time, or watching brat-pack movies with her two daughters. She lives in Colorado with the hottest Apache pilot ever, their rambunctious gaggle of kids, an English bulldog who is more stubborn than sweet, and a bunny named General Fluffy Pants who torments the aforementioned bulldog. They recently adopted their youngest daughter from the foster system, and Rebecca is passionate about helping others do the same.