Review: "On the Island" by Tracey Garvis Graves 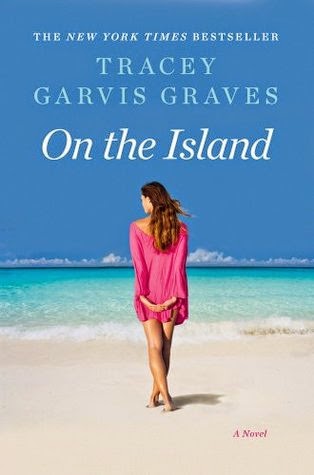 I had heard good things about Tracey Garvis Graves' On the Island from the time I started checking out reviews on book blogs, which wasn't really all that long ago (about two or three years). Unfortunately, when you discover books that are worth adding to a to-be-read list that's already bursting at the seams, you end up with a never ending case of "so many books, so little time" syndrome.

Finally, I found myself looking at On the Island on my e-reader, wondering how the heck I hadn't gotten around to reading 'til then. By the time I finished the book, I was a tad peeved because I couldn't believe this beautifully written story had been sitting in my tablet for SO long and it took me two years to discover it. Someone, please, smack me. (Maybe I should sell tickets...)

A teacher-student romance is nothing new and it's been translated into books, movies, television shows, and more. There's something about the "forbidden" that gives a story that extra bit of something that will either attract or repel people. In the case of On the Island, the uniqueness of the situation the lead characters are thrown into more than piques your curiosity. Reading about their individual struggles and how they overcame them both on AND off the island makes this a more than worthy read.

Thirty-year-old Anna Emerson is a teacher who signs on as a tutor for the summer to sixteen-year-old T.J. Callahan, a teenager whose cancer is in remission. On their way to join T.J.'s family in the Maldives, the private plane they're on crashes into the ocean after their pilot suffers a heart attack. From that point on, Anna and T.J. do what is necessary in order to survive and end up on an uninhabited island. Time passes and when they begin to realize that help is no longer on the horizon, they shift from survival mode to learning to live with the circumstances they have before them. In the process, both Anna and T.J. move from adult and teenager to friends of equal footing and then to something more.

They learn to lean on each other for both the simplest of moments and the most trying of times but it is when they're finally rescued and are forced to deal with the rest of the world that they are truly tested. Sometimes, even being in the middle of life's everyday comforts and things and people we are used to, you feel like you're desperately trying to cling on to a life preserver, hoping to simply get through the day. Anna and T.J. fought for their lives on the island; they realize that they need to fight for their life together in the real world.

Now, I know that this book was originally released in 2011 but I can't help but put it on my list of best AND favorite reads for 2014. Heck, it's one of the my favorite books EVER. That's how much I loved On the Island and strongly recommend it to those who, like me, foolishly overlooked it a couple of years ago. And yes, I desperately want a paperback of this and I'm hoping my local bookstore actually has it. ^.^

On the Island gets five-plus stars. If you haven't read it yet, go grab a copy and read it NOW (don't be stupid like me). You won't regret it. ♥

You can buy On the Island and Ms. Graves' other books on Amazon | Barnes & Noble.