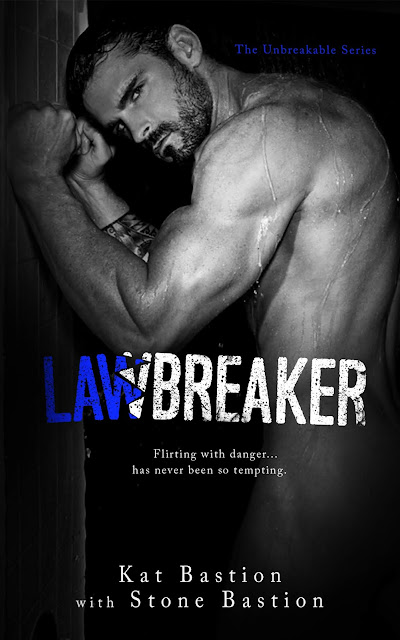 About Lawbreaker
Raised on the streets, Shay Morgan yearns for a real family, where love is unconditionally offered—even when trust doesn’t come easy. Before that day arrives, she trespasses and steals in order to provide for the few people who’ve gone out of their way to protect her.

Born to privilege, Ben Bishop loathes his family for the despicable things they’ve done, and not done. He vows to be different, play by the rules, do the right thing. Building a thriving nightclub with those who share his values dominates his world.

One explosive night at his bar, Loading Zone, changes everything. For both of them. Forever.

A dance of opponents commences as they thwart with suspicion, start to trust, then sidestep to protect themselves from a fatal blow. Until they soon wonder if they’ve been fighting for the same side all along.

As they begin to open their hearts, they up the stakes with a one-week pact. She shows him the power in breaking the law. He demonstrates the virtue of following it.

Then a far-reaching crime is suddenly exposed—that his family committed. And for one chance moment, Shay and Ben hold the key to right the wrong, correct the injustice. But at what cost?

Will they be able to return from the other side together? Or will their differences tear them apart?

Flirting with danger...has never been so tempting.

Lawbreaker is a standalone, full-length new adult romance told in dual POV. Due to mature themes and adult language, this book is for those 18 and older.

An Excerpt from Lawbreaker
“Ben!” Some overly excited female across the room shouted the name at the exact moment it settled into my mind.

An instant wave of energy crackled through the nightclub, hotter and more alive than anything the music or dance floor pulsed out. Slight movement rippled through the vast space of the reclaimed warehouse—toward the same metal roll-up entrance door that had been haunting me all night—as heads craned to see, breasts pushed out a little farther, and bodies pressed closer, like a powerful magnet pulled them uncontrollably forward.

Even I couldn’t look away.

After the initial crowd crush, I could see his occasional nod, a brief smile. He angled deeper into the club and scanned an assessing look across the bar, starting at Cade’s end. Seconds later, his sights landed on me—and stayed there, fierce gaze locked on to mine.

My breath caught at the intensity radiating from halfway across the room.

Ben. His simple name echoed larger than life in my head.

The crowd parted as he strode through the room. He stood a good head taller than other men he passed. Broad shoulders strained his black T-shirt with every slight rolling turn as he moved. Dark hair, cut closer on the sides, curled down over one side of his forehead. Shadowy stubble covered a defined jawline as it clenched. Thick brows drew together over eyes that narrowed as he stared hard at me. He stepped through the now three-deep crush at the bar, then planted flat palms on the edge of the metal bar top in front of me.

“What are you doing back there?” he snarled, tone low, heavy with accusation.

Cade braced his arms on the bar beside me, mirroring him. “She’s a new hire.”

Ben never looked away from me. “I asked her.”

Holding his unwavering gaze, I straightened my shoulders, undaunted. “Her name is Shay. And she’s behind your bar...working. Hard.”

Dark eyes narrowed a fraction more, boring into mine. “How old are you?”

“Old enough.” All he needed to know.

A muscle in that clenched jaw tightened. “Not what I asked.”

“You sure about that?” Because yeah, I looked young, no matter how old I really was. But his heat-seeking-missile aggression? Totally unwarranted.

“ID.” He kept at the groundless demand.

“I’m not some underage club-bunny at the door. I’m an employee. I’ve already been hired.”

He gave a slight nod, smug satisfaction in his eyes. “So, you’re not eighteen.”

“I didn’t say that.” Yet somehow, I sensed our verbal tug-of-war had dragged me across lost ground.

“I am,” I gritted out, angry that I’d been foolish enough to want something so bad.

“Then no big deal.” He rose back to his impressive height, crossing his arms, confidence plastered on his face. “Prove it.”

Damn. My first weekend night, not even a full one, and already the life I’d earned, had fought and bled for, had begun to slip through my fingers.

Disappointment seeped heavy into my chest. What naïve people got for having hope.

The inborn fight in me remained. Pride too. With every tightening breath, fury burned my lungs, for being judged without cause.

“No. You either believe me…or you don’t. I filled out my application. Gave my ID then. Got interviewed. Got hired. And I’ve proved myself over the last few days, tonight. Ask anyone here.”

But it did. My actions mattered to me. They were all my life had been based on. Everything I’d ever accomplished had been from what I had done—not who I was, what anyone thought, or what society believed.

I crossed my arms too, refusing to bend, by principle, if not more.

Commotion grew around us, two immovable blocks of granite, as thirsty patrons called out for drinks. Cade steadfastly remained beside me. While the poor lone fresh-shift guy hustled ass to fill orders.

The atmosphere grew charged between Ben and me. The sounds of the club faded to background noise as my heart thumped harder against my ribs, my pulse drummed louder in my ears.

Ben planted his hands on the bar again, staring me down as he leaned forward inch by inch. His eyes bored deep into mine, penetrating. Any other girl might’ve thought intimidating.

I didn’t twitch a muscle.

No resemblance to the wholesome happy guy I’d spied on in the pictures hanging on his office wall.

Most women would’ve gone weak in the knees. Some would’ve put on a layer of flirt, feigning vulnerability or exposing true fear, hoping to snag the obvious alpha in spite of the glaring warning signs. Maybe because of them.
I’d never been a bleating sheep in my life, wasn’t about to pretend with fluffy false clothing.

Wolf, too, buddy. I leaned forward, matching him inch for inch. My trim nails clicked on the bar top as I dug in, holding my ground.

Alpha all the way.

Kat and Stone Bastion’s bestselling first novel No Weddings and the No Weddings series were named Best of 2014 by multiple romance review blogs.

When not defining love and redemption through scribed words, they enjoy hiking in vivid wildflower deserts and ancient tropical forests. 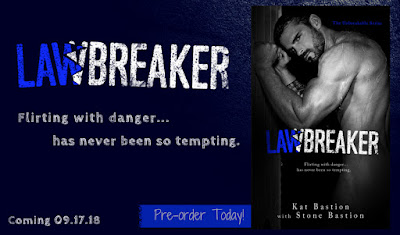