Book Spotlight: The Deep of the Sound by Amy Lane 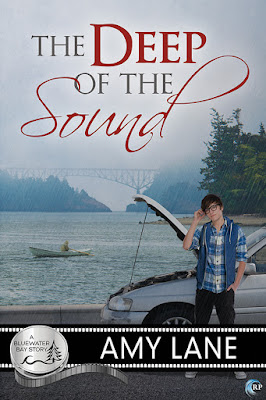 Synopsis
Cal McCorkle has lived in Bluewater Bay his whole life. He works two jobs to support a brother with a laundry list of psychiatric diagnoses and a great-uncle with Alzheimer’s, and his personal life amounts to impersonal hookups with his boss. He’s got no time, no ambition, and no hope. All he has is family, and they’re killing him one responsibility at a time.

Avery Kennedy left Los Angeles, his family, and his sleazy boyfriend to attend a Wolf’s Landing convention, and he has no plans to return. But when he finds himself broke and car-less in Bluewater Bay, he’s worried he’ll have to slink home with his tail between his legs. Then Cal McCorkle rides to his rescue, and his urge to run away dies a quick death.

Avery may seem helpless at first, but he can charm Cal’s fractious brother, so Cal can pretty much forgive him anything. Even being adorkable. And giving him hope. But Cal can only promise Avery “until we can’t”—and the cost of changing that to “until forever” might be too high, however much they both want it.


Add The Deep of the Sound on Goodreads!

Check out my five-plus-starred review! 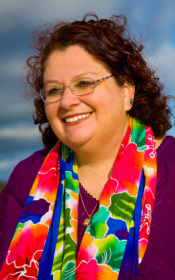 Amy Lane exists happily with her noisy family in a crumbling suburban crapmansion, and equally happily with the surprisingly demanding voices who live in her head.

She can be found at her computer, dodging housework, or simultaneously reading, watching television, and knitting, because she likes to freak people out by proving it can be done.

Giveaway
Every comment on this blog tour enters you in a drawing for an eBook package of all of Amy Lane's backlist titles with Riptide Publishing! (Excludes The Deep of the Sound and anthologies.) Entries close at midnight, Eastern time, on June 20, 2015. Contest is NOT restricted to U.S. entries.